Like a lot of hit shows, Heartstopper is based on a series of books. Written by Alice Oseman and adapted from her webcomic and graphic novel of the same name, it was released by Netflix in April 2022.

It is a coming of age story that has lit up Netflix with fans watching more than 24,000,000 hours of the show.

For those of you who have no idea what it is about, Heartstopper follows Truham Grammar High School student Charlie Spring who is assigned to sit next to Nick Nelson in his new form class.

Charlie quickly develops feelings for Nick and although they become friends, Charlie is unsure of Nick's sexuality. Plus Charlie is in a secret relationship with Ben Hope but when he sees Ben kissing a girl, Charlie ends things.

Then it all gets very complicated as teen love often does. Charlie vents to Nick about his relationship with Ben but Charlie's friend Tao Xu assumes that Nick is heterosexual and tells Charlie to abandon his feelings for Nick, but Charlie refuses.

He then tells him that Nick has a crush on a girl named Tara Jones, who is friends with Elle at Higgs (she transferred after coming out as transgender). But Tara is in a same-sex relationship with Darcy Olsson so wouldn't date Nick anyway.

Then Nick begins to question his own sexuality cos he kind of has feelings for Charlie. But he needs time to figure himself out so won't come out of the closet and instead goes on a date with a girl and the whole thing has to be explained before Nick publicly admits his feelings for Charlie.

As you can imagine, things do not go well with the school bully having a go at Charlie, ex Ben gets in on the action and, all in all, Charlie's life is a mess.

But all's well that ends well and the friends put their differences aside, love wins out, everybody comes out of their various closets and Charlie and Nick finally get together properly.

So now that you've been caught up on the first season of Heartstopper, the big question is WHEN IS HEARTSTOPPER SEASON 2 COMING TO NETFLIX!!!

We wanted answers and Netflix gave them to us!

On May 20th 2022, Netflix confirmed that not only had they renewed Heartstopper for a second season, but they've also confirmed it for a THIRD season.

The graphic novel author and illustrator Alice Oseman returns as writer and creator.

Fans love it so much that it featured in the top ten list of 67 different countries from around the world. Heartstopper reached 9th in the US top ten list but reached number 2 the UK.

Currently, there is no actual release date, because in fairness they have to make Heartstopper season 2 first.

What we do know is that as of September 22nd 2022, it is back in production. We anticipate that it will take at least three months to film. And all of that means we should see it in mid 2023!!

So if you can't wait for Heartstopper season 2, there are five books in the series. In fact, following the release of the show, volume one of Oseman's Heartstopper graphic novel became the top-selling children's bestseller in the UK.

How Successful Is Heartstopper?

We all know how amazing Heartstopper is but it's one thing to just love a show; it's another to impact the real world.

If like so many others, you are obsessively making Kit Connor and Joe Locke edits for TikTok then you will be pleased to know that both got their roles in an open casting call.

And while they may lead the show, it is the performances of all of the young actors in Heartstopper that have made it such a winner.

Kit Connor as Nick Nelson, a popular year 11 rugby player who is seated next to Charlie in form class
Joe Locke as Charlie Spring, a year 10 student at Truham Grammar School who was recently outed
William Gao as Tao Xu, Charlie's protective best friend
Yasmin Finney as Elle Argent, Charlie and Tao's friend who transferred to Harvey Greene Grammar School for Girls
Corinna Brown as Tara Jones, a Higgs student who befriends Elle
Kizzy Edgell as Darcy Olsson, Tara's girlfriend and a friend of Elle’s
Tobie Donovan as Isaac Henderson, an member of Charlie, Tao, and Elle's friend group
Jenny Walser as Tori Spring, Charlie's older sister
Sebastian Croft as Ben Hope, Charlie's first boyfriend
Cormac Hyde-Corrin as Harry Greene, a popular boy on the Rugby team who is a bully
Rhea Norwood as Imogen Heaney, one of Nick’s friends from Higgs
Fisayo Akinade as Mr Ajayi, an art teacher who looks out for Charlie
Chetna Pandya as Coach Singh, a P.E teacher and the Rugby Coach
Stephen Fry as the voice of Headmaster Barnes, the Headteacher of Truham Grammar School
Olivia Colman as Sarah Nelson, Nick's mother

There are 8 episodes in Season 1 and each runs at around 30 minutes each. They've kept the titles short and sweet but together they tell a very cute story.

HOW MANY HEARTSTOPPER SEASONS WILL THERE BE?

As we all know, there are at least five books in the Heartstopper series so there is plenty of material to make another couple of seasons of the hit show.

Netflix and Alice Oseman confirmed that there will be at least TWO more seasons as the love story between Charlie and Nick continues.

WHERE IS HEARTSTOPPER FILMED?

The rugby scenes, as well as the Sports Day in the first season's finale, were filmed on the sports pitch at E-Act Burnham Park Academy.

And if after all of that you still can't get enough of Heartstopper, check out the merch below which you can buy from Amazon, just click on it! 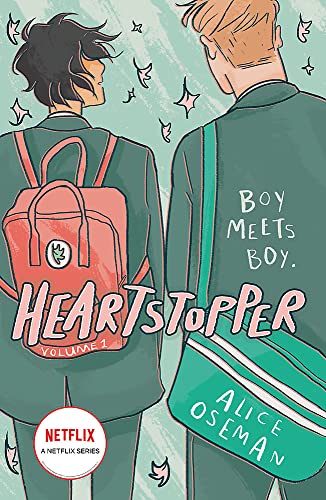 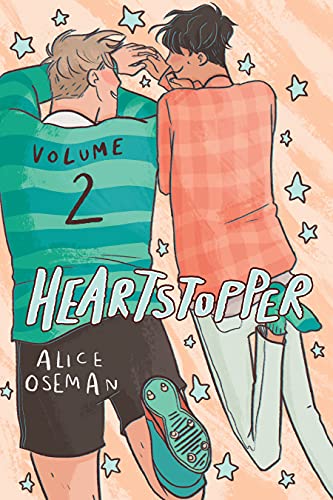 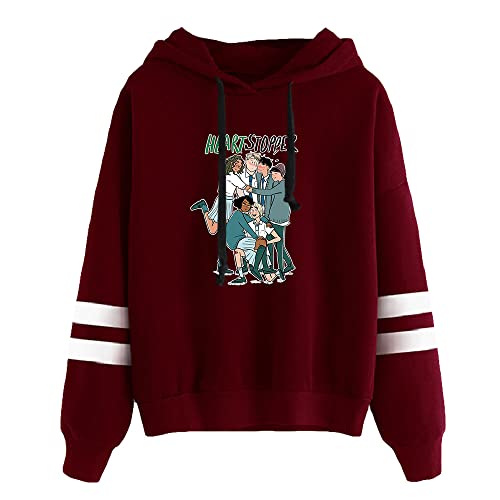 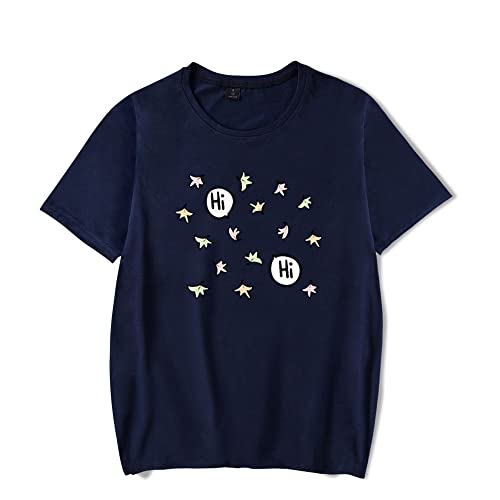 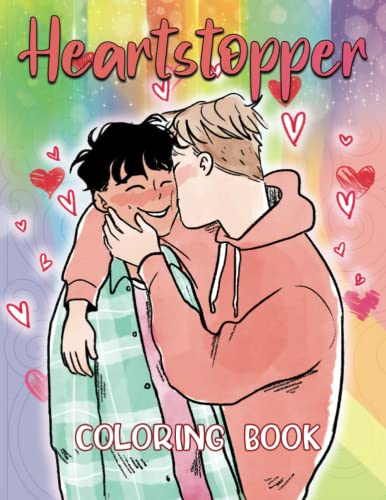 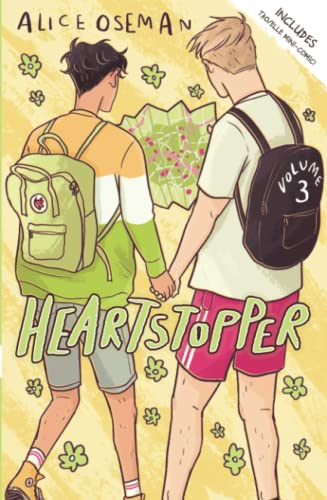 Barbarians Season 2 Release Date – When Is It Coming To Netflix?
September 6, 2022