If you're looking for more shows like Gilmore Girls, we have eight marvellous recommendations for fans of Rory and Lorelai. Our list of movies and series focuses on humourous, family-based dramas with strong female lead characters.

The original Gilmore Girls series made its debut in 2000 and ran until 2007. Nine years later Netflix produced a Gilmore Girls revival miniseries called A Year In The Life. Since then, fans have had little to look forward to.

So how about a list of fantastic shows like Gilmore Girls? Obviously, it won't fill the void left by small town life in Stars Hollow, but you might find a new show to binge.

My top recommendation for Gilmore Girls fans is The Durrells on Netflix. Louisa Durrell is a young widow with four children. Hoping for a better life, she packs up the family and moves them to the Greek island of Corfu. The Durrells is funny, witty, and at times quite poignant – just like the Gilmore Girls.

It's 1935 in Bournemouth and Louisa Durrell is a young widow with four children. Hoping for a better life, she packs up the family and moves them all to Corfu. The Durrells is funny, witty and at times quite poignant. A brilliantly sharp adaptation o...[Read More]

Follow the O'Briens of Chesapeake Shores as they navigate the trials and tribulations of life, relationships and fractured family dynamics. Jesse Metcalfe and Meghan Ory star in this perfectly sweet Hallmark tv show that now has five seasons streamin...[Read More]

A fun family drama, Offspring is centred on obstetrician Nina Proudman and her family and friends, as they navigate the chaos of modern life. With great storylines, cast, plenty of laugh-out-loud moments and seven seasons available on Netflix, this i...[Read More]

Colt Bennett has returned home to the family ranch following a failed career as a pro footballer. Gone 15 years, Colt isn't exactly welcomed with open arms. This is a fantastic blend of comedy and drama with a sense of realism faced by millions of mi...[Read More]

An absolute gem of a tv series, Sisters is now streaming on Netflix. Follow Julia who navigates the chaos her father created when he used his own donations to fertilise hundreds of women throughout his career as a Noble Prize winning geneticist. It's...[Read More]

Jane the Virgin follows an ordinary young woman called Jane who gets pregnant after being accidentally artificially inseminated and then her meticulously planned life gets very complicated and more like the telenovelas she loves.

Gilmore Girls has a devoted fan base, which is part of the reason why the series was resurrected by Netflix. The streaming service has reinvigorated the Gilmore Girls franchise and made it accessible to a new, younger generation of fans.

However, did you know there is a slew of celebrities who love Gilmore Girls? Parks and Rec star Retta and comedian and writer Mara Wilson are huge fans of the series. The star of Matilda (Mara Wilson) loves the show and once tweeted ‘Gilmore Girls is a timeless treasure'.

The House of Annubis actor Tasie Lawrence tweeted her excitement about the Netflix revival show A Year In The Life by posting on Social Media “The #gilmoregirls are coming back!!!!! There is a God”. Other notable superfans include Reese Witherspoon, Lena Dunham, and Christina Perri.

Isn't it wonderful to know that you're not the only Gilmore Girls fan?

Where Was Gilmore Girls Filmed?

Gilmore Girls is set in Stars Hollow, a small town in Connecticut. However, in reality, the show is filmed in WB studios located in Burbank, CA.

Sadly, there is no real town called ‘Stars Hollow', although, the official WB studio tour can take one through many of the popular shoot locations from the series such as Luke’s Diner, Doose's Market, Rory's high school, gazebo area and the Secret Bar.

According to a Reddit forum, show creator Amy Sherman-Palladino based the fictional town on a number of places she'd visited – Kent, New Milford, Washington Depot and Litchfield all these towns are located in the state of Connecticut (New England).

I hope they have Bandstand, Ballet School and that same small town feel.

Why Did Gilmore Girls End?

The show ended in 2007 after seven seasons, the first episode aired on October 5th 2000. In total Lorelai Gilmore and Rory Gilmore starred in 153 episodes. But why did the popular show end?

It seems Warner Bros was forced to make the difficult decision to cancel the popular dramedy about family relationships and friendships. According to reports, money was a factor in the show's cancellation because the cast could not reach an agreement on their pay for an eighth season.

The show's popularity hangs on the Mother-Daughter bond between Rory (Alexis Bledel) and Lorelai (Lauren Graham, Parenthood). The two strong female characters have a great relationship in the show.

Lauren Graham playing the single mom has established her relationship with Rory as “best friends first,” and she seldom feels the need to play the role of a parental authority figure.

That is mostly due to the fractured relationship Lorelai has with her own mother, Emily Gilmore (Kelly Bishop). But as the show goes on, Rory becomes closer to her grandparents, challenging the dynamic with Lorelai.

When Rory heads off to college to start a new life, the distance between them widens. Because of this, in later seasons of Gilmore Girls, Lorelai and Rory's relationship is less intimate.

Lorelai is afraid to parent because she fears driving away Rory; however, as a “best friend,” she is unable to voice her thoughts.

Who Does Rory Gilmore End Up With In Gilmore Girls?

Rory doesn't end up with her first love, Dean, in the end. She does, however, run into him briefly at Doose's Market, where we learn about his life since he and Rory split.

Despite the fact that he's an engaged guy, Logan and Rory are sleeping together for much of the revival (A Year In The Life). It is also to be assumed that at the end of the series, Logan is Rory's baby daddy. But there are other theories!

Rory and Jess don't have a lot of interaction in the revival, but when they do, it's meaningful. To begin with, Jess is the one who suggests that she write a book about her life with her mother. In his final moments with Rory, well, let's just say there's a sliver of hope for their future.

Nonetheless, the series conclusion ultimately eliminates all men from consideration and focuses on the relationship at its heart: Rory and Lorelai, with plans to add another Gilmore Girl to their clan.

Gilmore Girls: A Year In The Life

Gilmore Girls: A Year in the Life is the unofficial eighth season and a sequel to the television series Gilmore Girls (2000–2007).

Following the cancellation of Gilmore Girls, creators Amy Sherman-Palladino and Daniel Palladino return to the series as executive producers for a four-episode limited miniseries. The series was comprised of four 88-to-102-minute episodes that were streamed on Netflix on November 25, 2016.

In the new series, Rory (Alexis Bledel) leaves her home in favour of living with her pals in New York and London.

Rory is in London working on a book, when she starts a casual relationship with Logan, although he's engaged and she has a boyfriend.

Back in Star Hallow, Luke and Lorelai marry, and in the final scene of the series, Rory reveals to Lorelai that she is pregnant.

The shows we have listed above are all brilliant. They are fun and will keep you hooked for hours. But of course there are others that you can stream too.

One that we think you will love is Hart of Dixie. Created by Leila Gerstein, the show started airing in 2011 and has 76 episodes to get stuck into.

Starring Rachel Bilson, this is the story of Dr. Zoe Hart who heads to a small town in Alabama to practise as a local doctor. But this big city girl struggles to adapt to small town life.

With themes of love, friendship and with plenty of humor, Hart of Dixie is a real winner if you want to chill out and binge a great show. 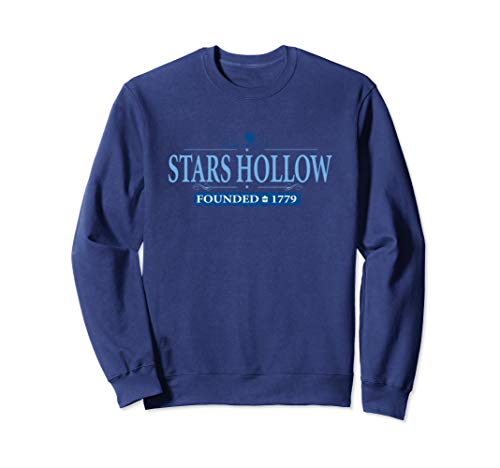 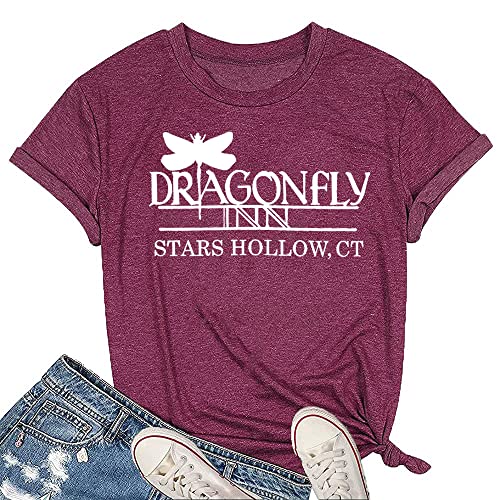 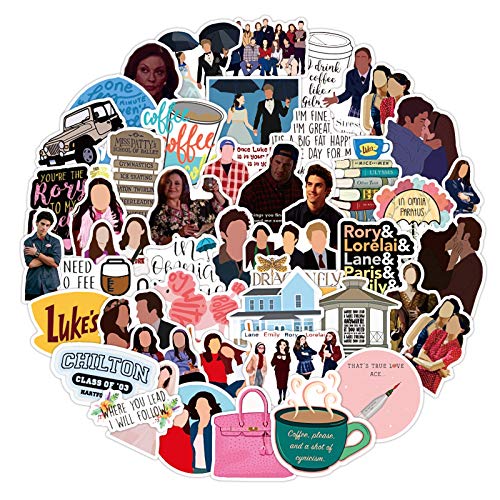 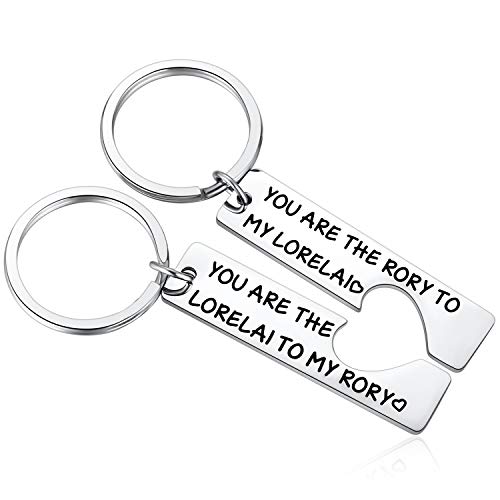 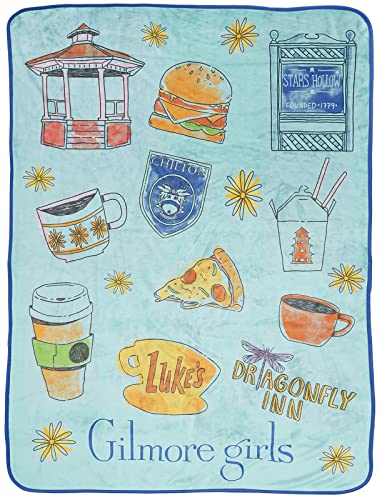 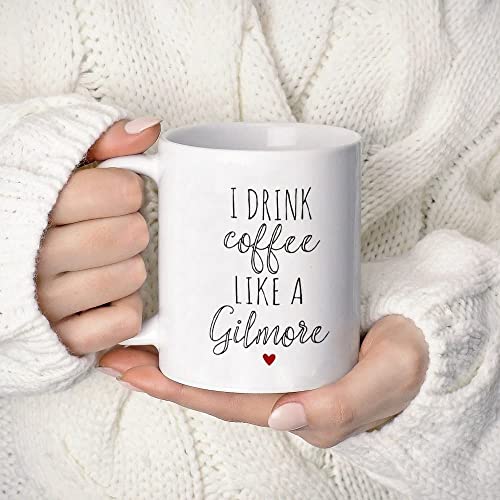