Outer Banks is a Netflix teen drama series created by Josh Pate, Jonas Pate, and Shannon Burke. The show takes place on the islands off North Carolina's coast. After teenager John B (Chase Stokes) uncovers a shipwreck, he and his three pals embark on a treasure hunt linked to his father's disappearance.

We've already binged two seasons of the fab show, and we're ready for a third! But what exactly is going on with season 3 of Outer Banks? and when will it be on Netflix?

Season 2 finally resolved a lot of issues we had following season 1, fans are now wondering when is Outer Banks Season 3 coming out?

The good news is we're definitely getting Season 3 Outer Banks! Netflix shared the news on Twitter on December 7, just months after OBX 2 dropped.

Based on the gap between seasons two and three, we anticipate season 3 in 2022 or 2023. Following the second season's release in summer 2021, Chase Stokes stated that he was ready to continue playing John B and complete his journey.

So far Netflix has delivered 20 episodes of ‘OBX' over two seasons. The first season explores the class divide of the community. The island is divided between two types of people: the Pogues and the Kooks. The Pogues are impoverished, working-class individuals who are frequently employed by the Kooks.

Netflix dropped season one in April 2020, the show quickly found a loyal audience and ‘Outer Banks‘ went on to win the People's Choice Award for ‘Most Binge Worthy Show'. Along with the ‘Best Kiss' award at the MTV Movie & TV Awards.

Season two hit the streaming platform in July 2021. Fans flocked to watch the second instalment of the show. For the week of August 2 to 8, 2021, Outer Banks was ranked number one in the Nielsen ratings U.S. streaming chart.

HOW MANY OUTER BANKS SEASONS WILL THERE BE?

In an April 2020 interview with Entertainment Weekly, OBX creator and showrunner Jonas Pate stated that he thinks the series will run for four or five seasons.

“Ever since we started, we always viewed it as something that was probably like a four-season, maybe five-season show, but definitely four seasons,” Jonas said. “We’ve sort of long-arced it out pretty far. I’m just hoping that we get a chance to actually tell those stories.”

For fans of the Outer Banks, the future looks brighter than a sunlit sandy beach!

WHERE IS OUTER BANKS FILMED?

The Netflix teen drama is set on the North Carolina coast. Although the show's town is 100% fictional, The Outer Banks is a real place, it's a collection of barrier islands sitting next to North Carolina and Virginia.

The series is filmed south of the actual Outer Banks in Charleston, many locations from the show are real and you can visit them. The Wreck is shown on the program as being Kiara's workplace. The name was abbreviated to The Wreck, but you'll be relieved to learn that The Wreck is also The Wreck of the Richard and Charlene, a Mount Pleasant restaurant that serves fresh seafood.

The beach is a 5-minute drive away, and the Charleston Harbor isn't far off. Morris Lighthouse, the iconic lighthouse from the series, can be found there.

A Series Of Unfortunate Events 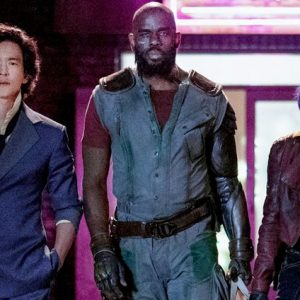