Yellowstone, is a modern Western drama series, which follows the Dutton family's epic journey as they strive to protect their ranch in Montana.

Referred to as “the Yellowstone” this ranch is the show's beating heart. The plot revolves around family drama at the ranch, the bordering Broken Rock Indian Reservation and Yellowstone National Park.

Where To Stream Yellowstone?

If you haven't seen it yet, you're probably wondering: where to watch Yellowstone?

The answer depends on where you live, as the series is available on different platforms and TV Channel packages. I can tell you that you can't stream it on Netflix!

In the US, you can watch Yellowstone on Paramount Plus (one season), Peacock (four seasons) and DirecTV (five seasons). You can also rent the first five seasons on AppleTV.

If you're in Canada, you can access the show via Amazon Prime Video (four seasons) and Paramount Plus (one season).

United Kingdom: fans of the show can catch the first five seasons of Yellowstone on Paramount Plus. The first two seasons can be rented from the usual streaming services such as Amazon Prime Video, AppleTV and Google Play.

Australians can watch Yellowstone on Stan (five seasons). The first four seasons can be rented on popular streaming services like AppleTV.

Denmark: viewers in Denmark can catch the show on Sky, C More and the TV2 app.

Brazil: Gauchos in Brazil can follow the ranch drama on the Paramount Plus stream or the Oi Play app.

Sweden: if you live in Sweden, you can stream five seasons of Yellowstone on the Sky platform or the Tele2 service (three seasons).

Saudi Arabia: catch the action from the ranch using the OSN app.

What TV Channel Is Yellowstone On?

Yellowstone is broadcast on the Paramount Network (previously Spike TV) in the United States.

It can be watched on Sky and Virgin Media in the United Kingdom.

And in Canada, viewers can follow the show on CTV (first four seasons) and Paramount Network (season five).

Why Did Yellowstone Become So Popular?

It's worth noting that Yellowstone was not universally well-received when it premiered in 2018. Critics largely ignored the show.

Fortunately, audiences didn't, and the show's popularity grew with each passing season, and now it is one of the most-watched TV shows in America.

Audiences have praised the show for its outstanding performances from Kevin Costner and Kelly Reilly and gripping storylines that explore heavy themes such as family loyalty and power struggles.

Yellowstone has become a cult favourite for its combination of beautiful cinematography, compelling storylines and intense performances.

Yellowstone is currently in its fifth season, which began airing on November 13, 2022.

Previous seasons were released in 2018, 2019 and 2020, with a total of fifty-three episodes over the five seasons.

Yellowstone has inspired multiple spin-offs, including 1883, embarking on a monumental journey across the nation; the Dutton family embarks on an arduous trek that will eventually lead to the formation of Yellowstone Ranch in America's Old West.

Acting as a sequel to 1883, the series 1922 is set during the period of Western Expansion, Prohibition and the Great Depression. This show highlights a fresh generation of the Dutton family.

Additionally, “6666” and “1883: The Bass Reeves Story” are two further spin-off projects that are currently in the works.

All of these spin-off shows will be available to stream on Paramount Plus.

So, if you're wondering where to watch Yellowstone, there are plenty of options – both streaming services and TV channel packages – depending on where you live. 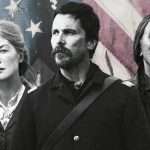 No Country For Old Men

The Ballad Of Buster Scruggs