100 Humans takes a range of people across all ages, races, and backgrounds and puts them to the test to answer some of life's most common questions about human behaviour. Incredibly unscientific but still entertaining.

100 Humans, released in March 2020, is a surprisingly funny and engaging reality series that follows one hundred people as they undergo a range of tests and experiments.

100 Americans from all different backgrounds, ages, races, and genders have volunteered their time in a bid to really find out the answers to some of life's most commonly asked questions.

The show is hosted by three presenters, Alie Ward (Brainchild), Zainab Johnson (Upload) and Sammy Obeid. Together they run the tests and provide some very funny social commentary in the background.

So what is 100 Humans trying to achieve? First off, it's not a particularly deep scientific study, it's more of a fun set of tests designed to both entertain and inform. Most are pretty superficial like ‘What makes us attractive' or ‘Are we unconsciously biased'. They are certainly interesting, if devoid of all science. That said, the show isn't aiming for Nobel prize. It's simply entertaining.

Each episode starts with the 100 Humans gathered together, each standing in a square. From there their first challenge begins. For example, they are all asked questions with the results then used as the basis for the episode's theme. So with a show of hands, they get asked if they believe they have a better memory than the other 99 humans. Then they get broken into groups and take part in some fun games to see which age group has the best memory and so on…

The thing about 100 Humans is that if you expected it to be grounded in any scientific basis whatsoever, you will be disappointed. The tests are largely fun games that would never be used to determine any real outcomes. That said, some of the stuff is very interesting and you can play along at home.

As a scientific show, 100 Humans misses the mark completely. However, if you want to be entertained and mildly intrigued, then it is actually quite a good watch. The three hosts are funny and witty and the participants all seem quite honest with their opinions so don't dismiss it entirely. It's a no for science but a yes for entertainment. 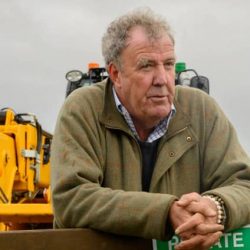