Chris Hemsworth leads a great cast in this brutal flag flying all action movie about the first response after 9/11 by Special Forces in Afghanistan. Brought to the screen by Jerry Bruckheimer famous for Top Gun and Black Hawk Down - if you are a fan of these movies you will probably love this movie.

12 Strong is the film adaptation of the book ‘Horse Soldiers' by Doug Stanton. It tells the story of special forces Operational Detachment Alpha 595. This unit was the first attack force in active combat after 9/11, spearheading the offensive in operation dagger. The bravery of these elite troops is unquestionable and their amazing story was classified until recent times.

ODA 595 consisted of twelve of America's finest soldiers. Their mission was to take Mazar-i-Sharif and to link up forces with the Northern Alliance. Bizarrely the optional form of transport by the Northern Alliance was on horseback. The unit had to engage in combat cavalry style – hence the title of the book Horse Soldiers.

This story is incredible and the fact that it is based on a true story makes their achievements in battle even more astonishing. As expected there are unbelievable battle scenes, lots of brutality and heaps of blood involved. But the film also manages to question any success the US could hope to achieve long-term in Afghanistan.

Producer Jerry Bruckheimer has forged a lucrative career bringing this type of movie to the screens. This all-action formula has been seen many times before. This is part of the problem with 12 Strong. It feels too formulaic and there is little time spent on the characters. This results in a rushed feel to a movie that lacks depth. As a strong true story, there could have been so much more added to it. The audience could have connected more with the lead characters. Creators could have been a little braver with the questions they choose to scratch over.

The cast is strong with the Captain of the unit played by Chris Hemsworth (who also stars in Rush, review here), who as always gives a good performance. Michael Shannon pulls a powerful performance but seems to be neglected somewhat by the director. With so much focus on the action, the actors are stifled.

For me, 12 Strong is a movie that has lots of potential on paper but falls short in its final delivery. If you are a fan of the likes of Black Hawk Down then this will tick a lot of boxes for you. It is just a shame that the viewer did not receive any depth to the characters. That would have provided some substance and allowed the cast to show their talents. 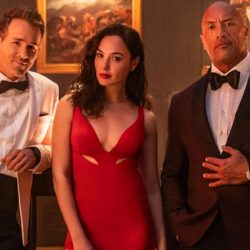