If you didn't get enough of Amber and King Richard from the first two movies then say hello once again to the love-up Royal couple as they welcome the newest addition to their family. Simply put, if you liked the other Christmas Prince movies, you'll like this.

You can't say Netflix doesn't know what it's audience wants. The huge success of A Christmas Prince in 2017 spawned a sequel in 2018 where the loved up Prince and the peppy New Yorker tied the knot. Fast forward to 2019 and the next installment of this love story was the inevitable A Christmas Prince: The Royal Baby.

For those of you who have followed the story so far, Amber went undercover in the Kingdom of Aldovia only to fall in love with Prince Richard (Ben Lamb). Once he ascended the throne, the newly crowned King Richard and Amber fell in love and after a few wedding challenges got married. So now they're expecting their first child and all is well. Or is it?

With a heavily pregnant Queen Amber (Rose McIvor from iZombie) counting down the days for the new arrival, one last very important duty is required. King Tai and Queen Ming, from neighboring country, Penglia, are arriving to sign a 600-year-old treaty. Signed by the stroke of midnight on Christmas year every 100 years, it is the bond that keeps the two countries at peace with each other.

But nothing in Aldovia ever happens the way it is supposed to. The treaty goes missing and it's up to the sleuthing of Queen Amber to find its whereabouts. And of course, the devious thief who stole it. Will they find the treaty in time? Will Amber have her baby? How will King Richard ever get the crib built? All your burning questions and more answered in A Christmas Prince: The Royal Baby.

All I can say is as movies go this is a crowd-pleaser. Awash with carol singers, snow, and twinkly fairy lights it is basically the exact same as the first two movies but with a baby thrown in for good measure. So the bar is simple – if you loved them, you'll love this. If you prefer your Christmas flicks to have a slightly more realistic feel then check out Home For Christmas instead. 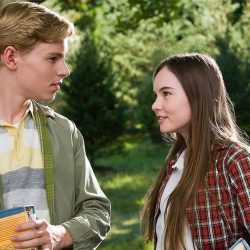 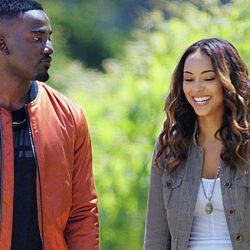 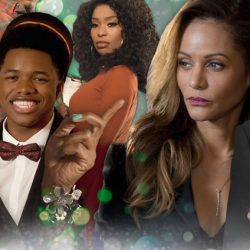