The Wild West is called Wild for a very good reason. It's very dangerous, so dangerous that sheep farmer Albert Stark is terrified and wants things to change. But when a beautiful woman comes into town, Alberts life takes a turn for the better as they find that they are falling for each other. But things are about to get a whole lot more dangerous for Albert.

A Million Ways to Die in the West follows the life of a spineless sheep farmer, with very twenty-first-century liberal beliefs. He certainly does not fit in with the brutal world that is the American wild west in 1882.

Everyone else in nineteenth-century Arizona is hell-bent on killing each other. This modern man stuck in the wild past does everything he can to avoid dying in the West.

This is the creation of Seth MacFarlane (The Orville), who came up with the idea when watching the film Hang ‘Em High.

The general premise is to piece together a selection of outrageous ways that people died in the late nineteenth century in Arizona.

Now, lot's of these comedy moments feel like they are pulled straight out of MacFarlane's brilliant Family Guy. But, as these key funny moments pass by, the rest of the gags drop down to the level of toilet humor. Which works well, when watching a cartoon character. But becomes a little questionable and lame when you see Seth make these jokes in person.

A Million Ways to Die in the West is the second feature-length creation involving real people. This follows the success of Ted, released in 2014. Ted was a huge hit and I was a fan, the main reason being is that it is genuinely funny seeing a Teddy bear deliver MacFarlane's style of comedy. On top of that, Mark Wahlberg and Mila Kunis are brilliant in their lead roles. Plus, there are some tender messages that are presented which are severely lacking in this film.

Seth MacFarlane is one of the biggest comedy talents around today. And as with all his work, there is a long list of people queueing up to be associated with it.

So, A Million Ways to Die in the West is practically stuffed with big stars. There is a ridiculous number of cameos, such as Ryan Reynolds, Christopher Lloyd and even Patrick Stewart as a talking sheep.

It's fair to say though, that the main cast members all do a great job with the material. Liam Neeson (Cold Pursuit) has a lot of fun with his character Clinch Leatherwood. He is a terrifying outlaw who kills for fun but with some genuinely funny dialogue, delivered in a raw Irish accent.

Charlize Theron does well playing Albert's love interest. As does Amanda Seyfried who is Albert's girlfriend who dumps him in an awful way early on in the story. But top credits should go to, Giovanni Ribisi, Sarah Silverman and Neil Patrick Harris who are the real standouts. However, Seth MacFarlane's performance never seemed to work for me.

Let's just say, that A Million Ways to Die in the West was somewhat of a disappointment. Will it make you laugh? Well, at times yes. But at other times it feels a little smug in its delivery.

Is it entertaining? Well, yes the score is brilliant in places and there are some spectacular dance scenes that hark back to classic westerns. For me, A Million Ways to Die in the West would probably have been better if it was sliced down to 90 minutes or less. Plus, I am not convinced that MacFarlane has what it takes to play a lead role like this.

However, if you are a fan of Family Guy, American Dad, etc… the chances are that you will enjoy the humor. I certainly laughed at the better of the jokes. Problem is, most of them appear in the trailer. But if you can make it through the rest of the film that churns it out to nearly two hours – it'll be worth a watch. 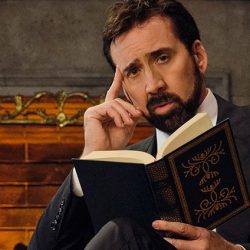