Janine Teagues is a second grade teacher in the underfunded Abbott Elementary school in Philly. Facing the issues that so many teachers do every day, this mockumentary-style sitcom highlights just how hard it is to run a school when you're in an uphill battle.

Back in 2001, the mockumentary workplace style sitcom was born with The Office. Fast forward more than 20 years and the genre is as popular as ever with Abbott Elementary the latest to join the list.

Abbott Elementary is set in a fictional Philadelphia public school and follows five teachers, their principal and the janitor as they navigate their way through the school year.

What you get are hard working and passionate teachers who are incredible public servants doing the best with what little they have.

With the odds stacked against them due to budget cuts and the lack of funding, not helped by a slightly tone deaf principal, the teachers rally through.

The sitcom primarily follows Janine Teagues (Quinta Brunson), an optimistic second-grade teacher who has a mission to help the lives of her students.

Up against it at every turn, Janine relies on Barbara Howard (Sheryl Lee Ralph), the long-standing kindergarten teacher, for advice and support.

They are joined by Melissa Schemmenti (Lisa Ann Walter), a second-grade teacher from South Philly, whose questionable connections always come in handy when the teachers need supplies!

They all report to Ava Coleman (Janelle James) the narcissistic and totally inept principal of the school.

Abbott Elementary is a sitcom less about educating children and more about the uphill battle faced by teachers in the public school system.

Though certain episodes do focus on things like creating a gifted program, an open house evening or having to adapt to new technology to teach the curriculum.

It's about the people who step up to help students succeed and each of the tv episodes picks a different aspect of the system to highlight.

Is Abbott elementary Worth Watching?

Don't be fooled into thinking that the serious topics covered in the show bring the atmosphere down. On the contrary. Abbott elementary is light, bright and breezy.

The characters are all upbeat, the kids are cute, and the situations may be frustratingly familiar to us all but teachers try and do overcome every obstacle put in their way.

If you're looking for a fun and sweet show to put a smile on your face then Abbott Elementary is it. It's similar in style to Superstore.

How Many Seasons Of Abbott Elementary?

Set in the fictional Abbott Elementary school, the show not only stars but was created by Quinta Brunson for ABC.

The first season started airing on the network in December 2021 and was loved by fans who appreciated the clever yet scathing critique U.S. education system.

So much so that it was renewed for a second season.

So while you can still only watch one season of the hit sitcom, another is on the way.

Where To Stream Abbott Elementary?

In the US you can watch Abbott Elementary on ABC or HULU.

Outside of the US, you can stream the comedy on Disney+.

Quinta Brunson as Janine Teagues, one of only three teachers from 20, to make it past two years teaching.

Tyler James Williams as Gregory Eddie, new to the school and a substitute first-grade teacher who was originally hired as the principal

Janelle James as Ava Coleman, the school's inept principal – the David Brent of the show!

Chris Perfetti as Jacob Hill, a history teacher who is friends with Janine

Sheryl Lee Ralph as Barbara Howard, one of the longest serving teachers at the school 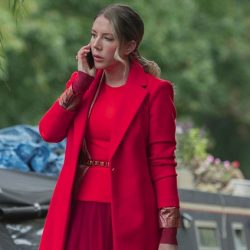 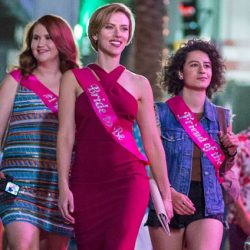