Our favourite anime office worker is back in Aggretsuko Season 2. With plenty of good humour and character development, this season is just as good, if not better than the first and well worth a watch for fans of a distinctly Japanese slice of life.

Retsuko is back, unleashing verbal fury in the privacy of karaoke rooms when the daily grind of subservient office life gets too much. The first series took this gimmick and added lovely layers of fun character stereotypes to flesh out her world. Aggretsuko Season 2 does the absolutely right thing by developing those characters further rather than rehashing the death metal money shots for cheap wins.

Season 2 sees Retsuko a little more confident and able to hold her own. Her work in the Accounting Department is no longer defined by being squashed underfoot by her boss, daily. She hasn't even exploded into private righteous venom for months. So, what could change all that? Over 10 short episodes, Aggretsuko torments its protagonist with a mixture of troubles.

An overbearing mother may be a staple of Japanese slice of life office shows. But that doesn’t make her unwavering mantra of, “I’m your mother and I’m never wrong,” any more infuriating.

New recruit, Anai, is the kind of heel that any office worker will instantly recognise. One who takes everything the wrong way, writes up lengthy complaints and avoids face to face discussion so that everything can be on the record. That he is animated as a swivel-eyed gibbering mad thing when banging out accusing emails makes for extra laughs.

It’s worth giving some credit to the animation. Whilst the palette used is very flat and simplistic, the ultra extreme expressions mean that each moment is dialed up to 11. Glowing eyes, throbbing veins, frazzled hair, or gasps of astonishment are all rendered in glorious hyperintensity. This isn’t a show that is going to make you glory in the gorgeousness of it all. But there is no denying that you will know what each character is feeling at all times.

The shows throws in other Japanese elements, such as speed dating for those fishing for a spouse and corporate mandated family fun days. On the surface, this would seem like more of the same for Aggretsuko, but commendably Season 2 features genuine character development.

Kabae (the over-excitable hippo who is obsessed with office gossip) grows from fun caricature into having other qualities. Her personality is rounded out by the presence of her family and she succeeds where Retsuko fails by virtue of having a caring personality. Director Ton’s piggy daughters add a hilarious nuance to his character, as does his (very) tough love advice. And Retsuko herself comes to realise that it isn’t healthy to live her life just by adhering to others’ expectations. Certainly not where her love life is concerned.

Aggretsuko took a funny joke about matching up subdued corporate working life with an OTT unleashing of riotous rage. Season 2 moves away from making this the eventual punch line of every episode. There’s office drone humour, listless 20 something ennui, and instantly recognisable character tropes. As a result, we have the exploration of what it is to actually become a proper adult.

The microphone still comes out for guttural growls of ghastliness, but when it’s stashed away again the show stands strong on its own merits.

So, are you ready? 1…2….3… RAAAAAGGGGGEEEEEE!!!! And if you like this check out an alternative anime called The Way Of The Househusband. 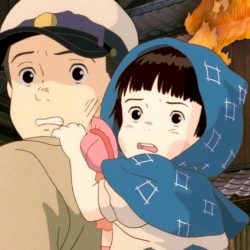 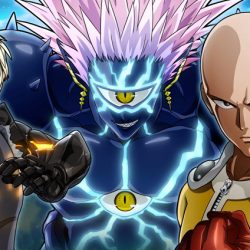 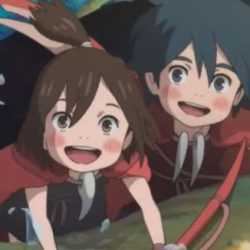 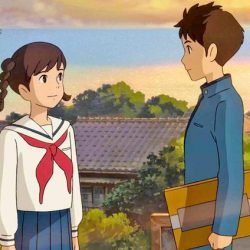