Norfolk Radios biggest star steps up to the plate and saves the day. Alan Partridge hits the big screen and is as awful as he ever has been. If you are a fan of Partridge you will love this film, but one and a half hours of him could test you.

Alan Partridge: Alpha Papa is the first feature-length film, for this fictional TV and radio presenter. Alan has had his ups and very big downs. But he is a survivor, in fact, he is so desperate he would do anything to anyone to stay on top. He is a thoroughly unlikable person, who makes you cringe constantly but at the same time can be extremely funny.

Created by Steve Coogan Ideal Home and Stan & Ollie), Alan Partridge has been bringing us laughs since his first appearance on Radio 4 in 1991. There is no doubt that this is one of the biggest characters Coogan has ever created. Partridge has appeared in a number of TV shows and made countless appearances on chat shows like Jonathon Ross. All of the shows have provided a constant bombardment of the excruciatingly painful experience that is the man Alan Partridge.

Alpha Papa is pitched as the bigger and better Alan Partridge. Declan Lowney who's previous work includes Father Ted directs the film and does a reasonable job. There is a fluency to the film but the weak plot becomes too much of the focus with too little of the Partridge magic. Something seems to be missing and it seems to me Lowney pushes the focus too much in the direction of the story. The frantic madness weaved with desperate energy that makes Alan bearable, is lost.

Colin Meaney is great playing desperate DJ Pat Farrell, who loses it and takes everyone hostage with a shotgun. Meaney does pull off some seriously funny scenes in the film. Including one where he has the opportunity to take a shit in Alans face, probably the best thing in the film. But other than the Partridge regulars, the additional cast members brought in for the feature contributed very little.

It is safe to say that if you are a hardened Alan Partridge fan, you are going to love this feature-length production. But for me, the best of Partridge was left out of the film. It felt like a very diluted version missing the outrageous shock value that works so well with the character. But if you are looking for a good few laughs from your next film to watch on Amazon Prime. Alan Partridge: Alpha Papa is a great choice. 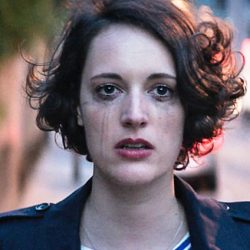