It's the stone age and a young injured boy must make his way back to his tribe but standing in his way is the Alpha of a wolf pack. A great family adventure movie about man's best friend.

There are many movies that focus on modern history. Those that go further back are usually more mythological fare. Not many movies go deep into pre-history to explore life, survival, and the human capacity to bond with the very animals that threaten their lives.

In Alpha, it is the late stone age, 20,000 years ago in pre-Europe, back in a time when surviving winter was a blessing in itself. A young boy, Keda (Kodi Smit-McPhee), accompanies his tribe to undergo his first great hunt as part of a coming of age ritual although so far he has been reluctant to kill even small prey. After many days trekking to find the feeding grounds of a herd of bison, the tribe struggle to contain the beasts and Keda is thrown off a cliff face.

Left for dead, Keda’s struggle to return home through a very hostile environment whilst seriously injured is not a particularly original concept, but by setting the movie so far back the threats he faces are much more immediate. He must learn fast to make fire, to hunt for food, and to flee to safety when he becomes the hunted. In this respect, there are strong resemblances to movies like Apocalypto in the minute to minute struggle to survive, although the journey home whilst injured aspect strikes similarities with The Revenant as well.

When it comes to depicting the landscape of 20,000 years ago, Alpha’s limited budget of $51 million strains a little. When given any reference point the mismatch of foreground to green screen background is distracting, but the movie shines when it opens up to huge wide shots that fill the screen with an environment untouched by humanity. Keda’s slow and painful trek, using only some markers left by his ancestors and a freshly tattooed star map on his hand, is made all the more real by the vast scale of his journey. If this was all there was to the movie it would probably drag, but Alpha has a secret weapon up its sleeve: wolves.

Alpha provides a suggestion of what may have happened in the human domestication of wolves. Whilst fighting for life against a wolf pack, Keda stabs the alpha dog before climbing a tree to safety. In this movie that mostly lacks dialogue (and otherwise has ancient subtitled speech) Smit-McPhee does a superb job of acting through fear, reluctance, and determination. He refuses to kill the injured wolf in the morning, instead nursing it to health (along with his own swollen, presumably broken, foot).

Watching the trust slowly build between Keda and Alpha is definitely where the movie hits its stride. The father / son dynamic between Smit-McPhee and Jóhannes Haukur Jóhannesson for the opening 20 minutes is well performed, but director Albert Hughes’ decision to open the movie with the bison hunt scene and then rewind to two weeks previous means that the family drama is undercut by a level of impatience. It’s a shame that more couldn’t have been made of this relationship, or at least a different balance of scenes in the edit. Regardless, the shift into a world where boy on the cusp of manhood and wolf on the cusp of connecting with a human is when the real stars begin to shine here.

Even as the bond between man and wolf grows the environment remains totally hostile. Hyenas, snowstorms, and even a lion are just some of the threats thrown at our duo, all ramping up the tension nicely. Come the end Hughes leaves you guessing as to which route he will take: tissues or triumph?! At a lean 96 minutes Alpha makes a great movie experience that takes some well worn plot ideas but polishes them like flint daggers so that despite crude origins, you feel it cut you all the same. 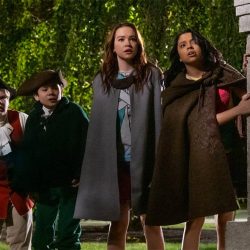 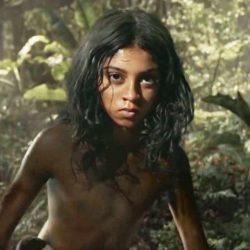 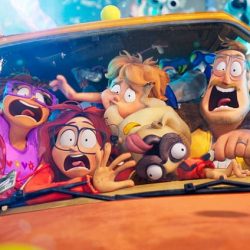