This super slick spy-thriller is packed full of unexpected twists and turns, keeping the suspense flowing right until the very last scene. A femme fatale KGB specialist assassin looks for a way out, but who can she trust? If you are a fan of Luc Besson movies, then you will love the style of this film.

Anna Poliatova is stuck in a terrible relationship with a low life abusive boyfriend. Then she is offered the chance to become a KGB agent. But, when she is selected as an assassin and becomes tied down to a five-year deal, how does she break free and find her freedom? When she becomes tied to both the CIA and the KGB, can Anna turn all of this in her favor?

I should say, that I am a big fan of Luc Besson films. Yes, there are some very poor films that Besson has been associated with. But, when he is on form there is no doubt that he is the master of action shots. Movies like Leon have such a great impact purely because of the movement of the camera. For me, it seems that you can tell if you are going to like one of his films as soon as you get through the first scene. Lots of his films seem to be overlooked, for one reason or another and ANNA sadly seems to fall under that category.

It's fair to say that Luc Besson has had a long history of stories involving strong female leads. Thirty years ago he released La Femme Nikita and more recently the fantastic Lucy. Now, it could be argued that these femme fatale stories are a little too similar for comfort. However, the only similarity as far as I am concerned is the style in which they are delivered.

A real strong point for ANNA is the fantastic cast. This was Sasha Luss‘s first film in a lead role. But she is fantastic as Anna, providing a suitably poker-faced character whilst being totally captivating. Throw into the mix, Luke Evans as a senior KGB agent, then Cillian Murphy as a CIA agent and you get the idea of the talent on screen here. However, for me, it was Helen Mirren who stole the show. It's clear that she had a lot of fun playing her role as Olga, the KGB member that controls the destiny of Anna. On top of that, the supporting cast is all great too. In fact, there was not a weak performance by anyone at all.

As far as spy thrillers go, ANNA throws more twists and turns at you than you would expect. But this does successfully keep the suspense flowing. The audience leaps from one timezone to another on multiple occasions which is a little confusing to start. However, as the plot unfolds into the final twist, it leaves you wanting more.

Overall, ANNA is a stylishly shot, exciting film. The action scenes are fantastic, with flowing camera work that involves the viewer and all executed in a way that only Luc Besson knows how. There was some controversy surrounding this film around the time of its release so it received very little marketing and has slipped under the radar for many. But let me tell you if you are looking for a real gem of a film that can deliver on many levels. Check out ANNA on Amazon, I loved it. 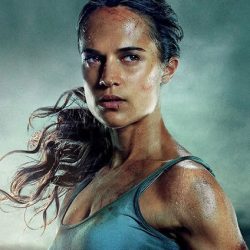 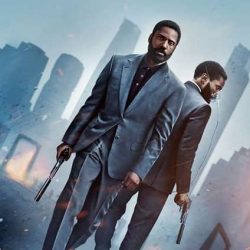