The Bluth Family is back and better than ever. Follow Michael as he tries to steer his ungrateful, greedy and manipulative family through financial hardship in this sharp cult comedy. If you liked Community and Parks & Recreation, then you'll love this.

Arrested Development is the cult US comedy that first aired in 2003. It follows Michael Bluth, the only relatively normal member of the Bluth family, as he tries to steer his formerly wealthy and habitually dysfunctional family through a period of financial uncertainty as the SEC investigates their company.

Michael, played by Jason Bateman, strives to do the right thing and keep his family together despite the rampant greed, materialism and idiotic tendencies that his parents and siblings often demonstrate.

The series was created by Ron Howard, who also provides the voice-over narration, and originally three seasons were broadcast before Fox cancelled it in 2006. A few years passed before rumours about a reboot started and in 2011 Netflix picked it up and licensed a fourth season that streamed in 2013.

That then led to a fifth season that was released in May 2018. Of course, the biggest problem with that is the 15-year span where the actors involved have all aged but the story itself doesn't have a time jump.

So the first episode of season four picks up exactly where season three ended but in true Arrested Development form there are quite a few digs at the ageing cast which is quite funny and a good way to bridge the years.

Arrested Development is a cult hit for a reason. The writing is sharp and on point and the comedic timing of the cast is impeccable. Each character is distinct and unique and overall it is completely bonkers.

But it was also groundbreaking in terms of production and was a rarity at the time for filming on location and straying away from the usual fixed-set, studio audience laugh track style that dominated comedy production.

While the cast at the time was probably less well known than they are now, it says a lot that every one of them returned for the new season including Jason Bateman, Michael Cera, Portia de Rossi, Tony Hale, Will Arnett, Jeffrey Tambor, Liza Minnelli and Ron Howard as the narrator.

The Bluth family is laugh-out-loud funny and one episode in you'll be hooked which is great because there are 106 episodes to sink your teeth into.

GET EXPRESSVPN NOW
Comedy US 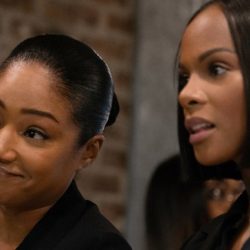 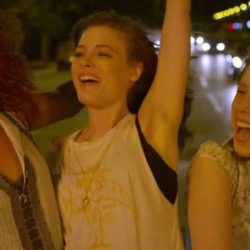