A new comedy show from Kenya Barris, Astronomy Club brings the Upright Citizens Brigade improv group to the screen in a series of funny sketches wrapped around a reality show format.

Comedy sketch shows are notoriously difficult to pull off on TV. You have to come up with tons of material and what works for improv in the comedy clubs may not translate to the screen. With Astronomy Club, Netflix is honouring a production deal with producer Kenya Barris, creator of ABC sitcom, Black-ish. So, how does the first all-black team to emerge from Chicago’s Upright Citizens Brigade comedy group do?

The troupe have chosen to go with a sketch format wrapped around a consistent ‘reality show’ hub where they play heightened versions of themselves all living together. This allows for plenty of ‘Big Brother’ style bits direct to camera and serves to introduce the characters, such as they are. Around this is wrapped plenty of offbeat sketches that typically play with the perceptions (or misperception) of being black.

The comedy chops of the performers lands squarely on the right side of engaging. The ‘characterisation’ sections are dabbled with like an aloof cat meandering across a keyboard, but given any consistent content, each member of the Astronomy Club will bite down on it. Monique delivers wall to wall sass, including a birthday party that has her face stamped across every conceivable surface. James behaves ‘too white’ is his good nature meaning he is shunned by the group. Ray describes his comedic role as ‘the straight man’, which, as a gay may, he finds problematic. And Jonathan’s proclamations of being the leader of the group are shouted down by the rest who interrupt his segments to protest.

Sadly, whilst plenty of time is given to the central ‘reality show’ framing device, Astronomy Club never settles down to give this any kind of character build-up. It acts more as a break from the sketches. The sketches themselves vary wildly in quality. Comedy may be ultimately subjective but many of the sketches suffer from outstaying their welcome. Yes, it’s funny that Monique gets mocked for not knowing whether she has the right bra size. But 3 minutes for a 10-second joke repeated louder and louder isn’t worth it. Unfortunately, more than half of the bits go for overextending themselves.

That said, there are plenty of times when Astronomy Club hits some winners. Most of the time these revolve around playing with racial stereotypes: like having Jane Austen style characters thrown down a ‘beef’ of articulate street insults, or exploring a self-help group for magical movie black supporting characters who are trying to break free of fulfilling white character arcs. Similarly, universal gender annoyances are toyed with in an amusing game show where men buzz in and tell a woman ‘what you SHOULDA done’ despite the only criteria for winning a million dollars being to shut the hell up.

There is plenty of mileage to be had in racial takes but it is a shame that Astronomy Club rarely veers from this angle when there are glimmers of other quality content. I chuckled hard at the ‘resting creep face’ sketch where Jonathan’s neutral expression (“I have a condition!”) petrifying everyone it rests on. Yet some good ideas are wasted. Office Big Dick Energy being swerved into a female power play codpiece with an amusingly foul pun product name (that I won’t spoil for you) is a great idea. Yet it’s thrown away with little justice done to the concept. Astronomy Club seems like an alignment of talent that did excellently within improv land but needs smarter and more involved writing to allow its stars to shine. 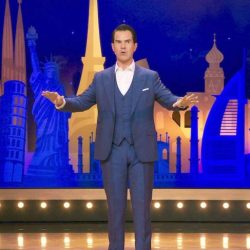 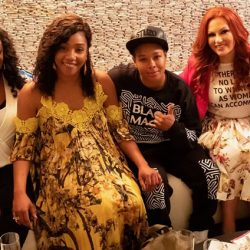