Miri Matteson is 36 years old and has just been released from prison after 18 years. Moving back in with her parents, and attempting to get Back To Life, Miri soon realises that the town has not forgotten and nothing will be as easy as she thought.

Originally a BBC/Showtime drama, Back To Life is a six-episode dramedy created by and starring Daisy Haggard (Uncle). Miri Matteson has just been released from prison after 18 years. Moving back in with her parents, who live in a small seaside town, Mimi is attempting to start her life again. However, there are two problems. The first is that the town has not forgotten what Mimi did all those years ago and the second is that Mimi, at least in some ways, hasn't fully grown up since going to prison when she was 18 years old.

The house is exactly the same and even her bedroom has remained untouched. So much so that the first thing Miri does is try to return an old cd Discman to her ex-boyfriend Dom, a now-married man with twins. Time may have stopped for Miri but for everybody else, life has gone on without her. But undeterred, Miri tries to get on with life and just hopes that everybody will forget what happened.

The thing about Back To Life is that initially, I wasn't even sure if I liked it. Miri seemed overly detached. That somehow she had done the crime and done the time and now everything should go back to normal. That she was devoid of any real remorse, or understanding of just how her actions impacted everybody in her life. But then you realise that Miri has spent 18 years in prison never forgetting what happened. It's just that now it is time for her and those around her to try to move on.

And that's the process we see played out. How do her parents reconnect with her and each other? How does her best friend Mandy try to rekindle their friendship when she never once visited her in prison. Who will become her friend even knowing what she has done? Of course, it's all not all doom and gloom. There's a Fleabag style dark comedy that ripples through the show, keeping it from becoming just another sad story.

And despite the six short episodes, you do find yourself warming to Miri. Her resilience and determination shine through as do Daisy Haggard's writing skills. The characters, the plot, the blend of drama, suspense, and comedy are all on point. You just have to keep watching and appreciating the story as it unfolds. 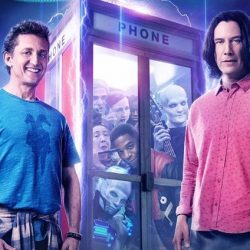