Two best friends decide to return to their junior school to flaunt their success and get revenge on the bullies that made them miserable 20 years earlier. An occasionally funny but childish French comedy.

Back To School is the latest French comedy offering from Netflix. The movie kicks off 20 years earlier when best friends, Jonathan and Pierre-Yves, were relentlessly bullied in junior school. Added to that was Jonathan's crush on Linda but Linda only had eyes for the other Jonathan in the class – the very cool Jonathan Lopez.

So the two boys change schools, remain best friends and 20 years later have set up a very successful IT company in Paris. When they return home they discover that there is going to be a class reunion. Desperate to both brag about their accomplishments and get revenge on the bullies, they head off to right all their childhood wrongs.

However, some kids never grow up and the class bullies are just as bad as they ever were. Before the two friends can even begin to get some revenge, Jonathan (Jérôme Niel) is mistaken for Jonathan Lopez, who nobody has seen for 15 years. Welcomed by his old gang, and more importantly, with Linda professing her love for him, Jonathan can't bring himself to tell them the truth. That leaves Pierre-Yves (Ludovik Day) to fend for himself in the school hall.

Over the course of the evening, there are plenty of pranks and school-like fights which are funny. And of course, there is the Jonathan Lopez mystery…if he isn't at the reunion, where exactly is he??

For all it's laughs, and on-screen chemistry, Back To School isn't the greatest movie I've ever watched. Some of the comedy is so childish and on the nose that it's difficult to know whether they are grown-ups or have reverted back to being 12 years old again. Plus it is set almost entirely in the confines of a Junior school so you never get a break from the setting. It's only just over an hour and twenty minutes long and I still wanted to forward through to the end. Make of that what you will! 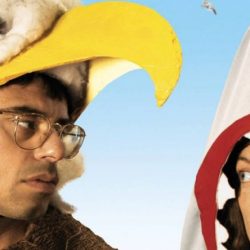 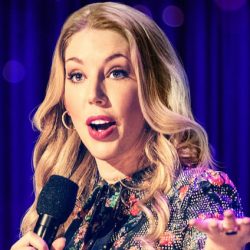 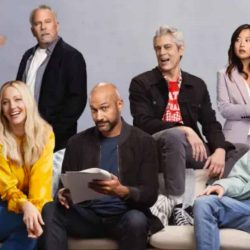