From the mind of Black Mirror’s Charlie Brooker comes a groundbreaking new concept in television. The Netflix special which dropped in December 2018, has the potential to change the way audiences interact with TV forever.

Until now, television has been a passive medium. However, with this latest instalment of Black Mirror, we glimpse a future where the audience controls more than the sound volume on the TV.

‘Bandersnatch’ puts the viewer in direct control of the storyline. Using the interactive controls available on the Netflix platform, you’re presented on-screen options. These start with simple questions… what cereal should the main character eat for breakfast? Small choices can take the narrative in unexpected directions. As you delve further into the story the choices become more extreme.

The concept isn’t entirely new. Choose-your-own-adventure books have been around since the late 1970s. In the movies ‘alternate endings' gained popularity with the advent of DVD and Blu-Ray technology. However, ‘Bandersnatch’ is the first interactive drama which allows the audience to dictate multiple routes and endings.

It’s not surprising that ‘Bandersnatch’ revolves around a computer programmer. Stefan, a troubled young geek is working on a ‘choose-your-own-adventure’ game. He becomes increasingly bogged down in the myriad of options available in his game. The irony will not be lost on anyone ‘playing’ along with the episode. As you make choices you can find yourself in dead-ends and having to re-do sections of the episode. You’ll need to make different choices to explore all the alternatives.

The storyline in ‘Bandersnatch’ is not overly engaging. Just like many of the original ‘choose-your-own-adventure’ books, it is the control over the story that provides the drama. I sense this is a deliberate ploy on the part of Brooker. One which allows the audience an easy route into the concept. Although, I suspect in the weeks to come there’ll be plenty of surprises and easter eggs uncovered as viewers try all the possibilities.

I spotted two references to earlier Black Mirror instalments. One is the poster on the wall for a new game called ‘Metl Hedd’. Another is the name of the medical centre our protagonist attends – ‘Saint Juniper’ a reference to ‘San Junipero’? One of the most popular instalments of Black Mirror. I’m sure to have missed many more!

Overall this is a unique experience. I feel it would be unfair to rate this as I’d rate a typical Netflix show. I was blown away with the concept, and how well it was implemented. Picking the various options feels seamless. As a straight up story, it’s one of the weaker Black Mirror episodes. However, that’s not the point. This feels like a ‘moment’ when the whole idea of what makes a great TV show – changed forever. If you don’t like the ending – try again! 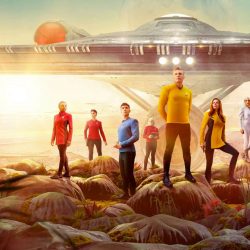 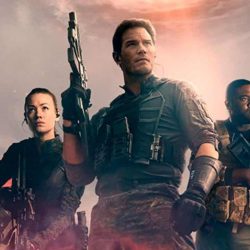