Before I Wake is a horror film that doesn’t want to be a horror film. What it is, in fact, is a very effective ghost story. From Director Mike Flanagan, it may not have as many jumps and scares as some movies but it is still a thoroughly engaging and a solid piece of work that will creep you out.

Everyone has their tastes when it comes to horror. Some like it gruesome, others like it demonic, and others still enjoy psychological terror. Me? I like a good ghost story. A good ghost story is usually focused on the characters and the real human emotion driving them, combined with clever camera angles, creaky doors that shouldn’t be creaking, and things that go bump in the night.

Before I Wake is the stepping stone middle film of Netflix darling horror director, Mike Flanagan. He’s previously done the well-received Hush, Oculus and Ouija: Origin Of Evil, and since he has wowed with Gerald’s Game and The Haunting Of Hill House (review here). This is a director who has stood out from the one-note splatter of his contemporaries to find a niche in well-acted and chilling work.

Cody is an 8-year-old boy who has gone from foster home to foster home. Now he is with Jessie and Mark, whose own son died in a tragic accident sometime prior. Cody is sweet but tries to force himself to stay awake because when he sleeps his dreams – and his nightmares – become real. There is immediately a lot of horror potential in this setup but instead of assaulting you with horrific dreamscapes, Before I Wake is much more interested in another kind of story: grief.

Through superb direction, the pain and sadness of Jessie (Kate Bosworth, The I-Land) and Mark (Thomas Jane) is the emotional anchor of the story. Long shots and close-ups mean than we really feel the weight and pain on their shoulders. By fostering they are trying to move on and they are genuinely loving, but when Cody starts to accidentally manifest a dream version of their dead son, this temporary comfort causes them to react differently to the gifted young boy in their care.

Jacob Tremblay as Cody is the real stand out star here. His vulnerability and sweetness makes the film work as a less able child actor would have been too distracting. His nightmarish creation of The Canker Man is a tall, screaming and rotten banshee that devours people and Cody pumps himself full of sugar and coffee in an effort to keep it at bay. Tremblay’s gentle resolve makes you want to hug him, which helps get you emotionally invested in the real emotional trauma that Jessie and Mark are working through with him.

The issue with Before I Wake is that the story of grief and loss takes centre stage so much that there is little room left for the actual horror elements. These are few and far between. Yes, it’s creepy to have the camera track shadows behind an unaware Jessie and yes the Canker Man is a deliciously unnerving presence, but his brief appearances are so short it’s hard to get the heart pumping.

A sub-plot involving a bully at Cody’s school feels crowbarred in just to add another scary scene for pacing. The movie doesn’t want to do cheap jump scares which is laudable, but it never really pushes being scary either. Even the movie’s climax is muted which isn’t helped by Bosworth’s last act performance.

Jessie’s research into Cody’s past reveals some vital information but when she is walking down the corridors of a children’s home being faced with the dead ghoulish apparitions of loved ones (or charged at head on by the screaming Canker Man) she barely bats an eye.

At times this is very symbolically well done, but if our lead actress isn’t scared then why should we be? And although there is some minor fighting between her and Mark (who must win awards daily for ‘world’s most ridiculously handsome man’!) he is so loving and reasonable that it never gets going.

Before I Wake is a horror film that doesn’t want to be a horror film. What it is, in fact, is a very effective ghost story (with dream creatures replacing the ghosts) that deals with the pain of loss (in more ways than one). Aside from the last twenty minutes, the acting and tone is all spot on and I very much enjoyed the movie. But if you are after creeps galore then Flanagan’s other work gives more chills. 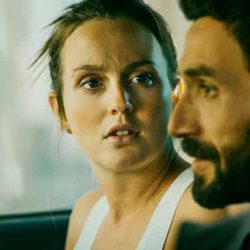 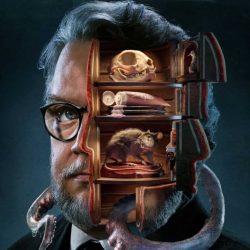