The Spanish crime thriller series Bitter Daisies is a superbly balanced and tight scripted whodunit. Perfectly paced and well acted, this is a gem of a show and well worth watching.

The ‘sleepy town hiding a dark secret' is a plotline that gets played out again and again. Such setups lend themselves to a clutch of characters where the pleasant facades mask murky pasts and dubious arrangements.

Bitter Daisies (O Sabor das Margaridas) is a limited run Spanish series, written in Galician and available on Netflix. It drops outsider Civil Guard Officer, Rosa Vargas, into the small town of Murias to investigate a missing persons case. But it quickly becomes clear that the people of the town, and Rosa herself, have ulterior motives.

Bitter Daisies has only six episodes per season, the same as The Chestnut Man. But it manages to carve out a good arc for the central mystery whilst limiting the number of side plots in the first season. Almost all the narrative has some bearing on the main plot. At first, there may seem to be quite a few unrelated events and characters but these do gradually clump together and feed into each other. Each episode is around 70 minutes long. Thankfully none seem to drag, which is a testament to the engaging presence of the actors.

Rosa Vargas (María Mera) is a superb anchor for all the slow-burning action. Ostensibly a rookie, there are hints early on that her commitment to chasing down every lead doesn't just come from professional eagerness. Her sullen and calculated manner rubs local police deputy Mauro (Toni Salgado) up the wrong way.

He openly admits he enjoys the quiet life of a town where nothing happens. Yet his softly-softly approach to residents he knows well is at odds with Rosa's direct questioning. Throw in a kind-hearted chief who is days away from retirement, and the law enforcement cast is the core of the show.

As the investigation goes on several secrets are unearthed. Is there a serial killer in the town? What happens to the girls who disappear from the local brothel (where the women just ‘sell champagne and rent rooms')? Is the overly friendly colleague tutor getting too close to his female students, especially Rebeca (Sara Sanz), daughter of police officer Mauro? What gives with the mentally handicapped kleptomaniac Bernabé and his suspiciously protective brother?

In a longer show, these would be dead ends or stretched out until paper thin. But the compact nature of Bitter Daisies means that each part gets enough spotlight to be of interest, and each time the story is actively progressed by the investigation.

It's possible that Bitter Daisies doesn't play its cards quite as close to its chest as it thinks it does. I know that I, personally, had one or two key plot points correctly guessed early on in the first season due to some big clues that Rosa conveniently does not pick up on. But it's a testament to the quality of the show that my on the money guesses didn't quell the rising tension nor make the pay off reveals any less satisfying.

Bitter Daisies was a surprise find that I thoroughly enjoyed from start to finish. It doesn't go for shock gore or nasty sexual violence nor does it play out like daytime TV cop show. It's a superbly balanced, well written and tight scripted whodunit and I wholeheartedly recommend it.

Does Bitter Daisies Have a Season 2?

The very short answer is yes, there is a second season of Bitter Daisies already airing on Netflix. It dropped in April 2021 and similar to season one, there are six episodes, each running at around 70 minutes each.

Following on the story, María Mera is back and now known as Eva. Ready to face not only her own demons but those that still reside in Murias, Eva is back and on the search for another missing girl as well as justice for the women who have gone missing.

What Language Is Spoken In Bitter Daisies?

Bitter Daisies is filmed in the Galician language. The native title is: O Sabor das Margaridas and that translates as ‘The Taste of Daisies'.

For a quicky geography language, Galician is spoken by around 2.4 million people, mainly in Galicia, located in northwestern Spain, where it is the co-official language with Spanish.

Who Are The Cast In Bitter Daisies?

The lead in the show is played by María Mera. In the first season she is known as Rosa and in the second season (because of what we learn) she plays the character Eva.

Toni Salgado plays Mauro, the officer in line to take over the department. Salgado pops up in another Netflix mega hit Money Heist but can also be seen in the long-running El secreto de Puente Viejo.

Manolo Cortes plays Xavier, who incidentally is the only cast member to appear in all 12 episodes. If you want to watch more of him, he also stars in Auga Seca.

Nerea Barros plays Ana, a young woman forced into prostitution who helps Rosa unearth the problems in the town. As an actor, Barros is incredibly busy and can be seen in the new series, Operación Marea Negra as well as Three Days Of Christmas on Netflix. 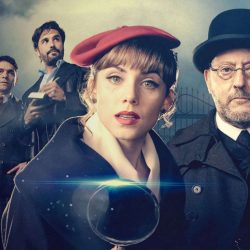 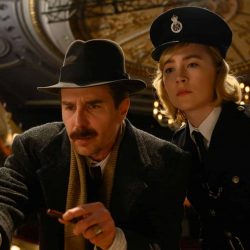 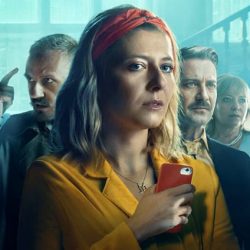