Noomi Rapace takes the lead in Black Crab, a Swedish action thriller set in a post-apocalyptic world where six soldiers must transport a mysterious package across a frozen sea in the hopes it will end the war.

Looking for a brand new action movie? Then Black Crab (Svart Krabba in its original Swedish), the Scandinavian action thriller set in the future could be for you.

Set in a post-apocalyptic world torn apart by war, six soldiers embark on a covert mission across a frozen archipelago. The reason? To transport a mysterious package that could end the war that has destroyed all of their lives.

Equipped with weapons and ice skates, unaware of what they’re carrying, the mission challenges their beliefs and forces them to ask: what are they willing to sacrifice for their own survival?

With no idea of what dangers lie ahead, the soldiers must enter hostile enemy territory not knowing who they can trust.

The twist is that speed skater turned soldier Caroline Edh (Noomi Rapace), has another reason to be on the mission.

And that desperate mission will not be easy. The cold harsh world has been destroyed by economic chaos and civil war has broken out in this compelling story.

Can our intrepid soldiers get that mysterious package across a frozen sea, survive and finally end the endless winter that normal life has become?

Directed by Adam Berg, this Swedish action thriller is based on Jerker Virdborg’s book of the same name.

The Swedish thriller will premier on March 18th 2022 on Netflix worldwide.

It is no mean feat to create a realistic post apocalyptic world and as such, only the finest actors will be up to the job for Netflix's Black Crab.

“I’m very happy and proud to have such a strong cast breathe life into this movie and our characters. These skilled actors, their eyes, voices, faces and bodies will carry us through the story.

“They will make us feel the brutality of war, the importance of hope in a hopeless world and the hard price you have to pay for survival.

“They will bring a beautiful humanity to the cold harsh world that is the Black Crab.” 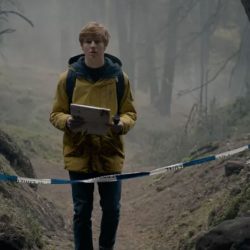 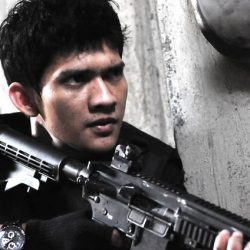