Black Mass is a hard-hitting gangster movie based on a true story, set in Boston in the 1970's. This is a movie packed full of talent providing a powerful performance. If you are a fan of Goodfellas this movie has a similar feel - well worth watching.

Black Mass hit the cinema back in 2015 and was well received by critics, the story is an adaptation of the best selling book released in 2001. This is the brutal story of James “Whitey” Bulger an Irish mobster who collaborates with the FBI to bring down the Italian mob. Working with a boyhood friend who is in the FBI and his brother who is a senator, Bulger uses these connections to his own advantage swinging the balance of power in his way and making him one of the most famous criminals in U.S history.

The film has a great feel to it, the camera work gives this movie a real 70's look and the detail of the costumes, give a truly authentic experience. The cast is brimming with talent, with Jonny Depp cast as Bulger who gives an excellent portrayal of this terrifying character. Depp is totally convincing in this role and it is great to see him take on a challenging role after being regurgitated time and again as Jack Sparrow in Pirates of the Caribbean.

The makeup transforms Depp completely with a bald head and piercing blue eyes which look straight through his multiple victims with a cold stare – this is nothing short of a terrific performance by Depp. However, Depp does not steal the show completely Joel Edgerton gives an amazing performance as the FBI agent who collaborates with Bulger, this is a challenging role but Edgerton shines playing a character who loses sight of his actions, ultimately paying the price for it. Other stand out performances come from Benedict Cumberbatch, Kevin Bacon, Jesse Plemons and David Harbour who all provide powerful performances.

If you are a fan of gangster movies or quality crime dramas, this movie is a must. Some critics compared the film to Goodfellas and I can see why, but that to me is not a bad thing at all. Black Mass has everything you could possibly ask for in this type of movie and the story is even more chilling because it is based on the truth – don't overlook this film it really is worth watching.

Update: Unfortunately, Black Mass is no longer available on Netflix. You can rent it on Amazon but it is not included with the Prime subscription. 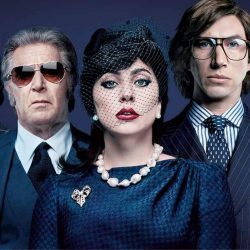 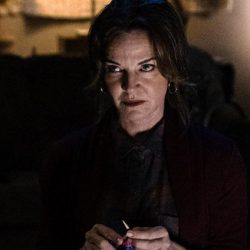