Black Summer opens in a U.S. city during a zombie outbreak. No explanation for the carnage sweeping the country is given. But it's clear from the opening scenes that the zombies in ‘Black Summer' move much quicker than the ones in ‘The Walking Dead'. A single bite is enough to turn a victim into a zombie; the transformation from human to undead happens almost instantly for those bitten.

The main character in the series is Rose (Jaime King), a mother and wife who is desperately trying to keep her family alive. To escape the outbreak Rose must get her family to a football stadium downtown where the US Army is evacuating the local population. To reach safety Rose must team-up with various people along the way.

In one sense, the group/team element of ‘Black Summer' feels very much like ‘The Walking Dead'. However, many of the main players in this show meet sudden and gory deaths. You'll never know who's going to die next. Another difference between these two shows is the moral compass of the characters. ‘The Walking Dead' clearly has its good guys and bad guys. However, in Black Summer these distinctions are blurred, seemly good people will do terrible things when push comes to shove. In that respect, the series feels more realistic.

While it doesn't break new ground, what it does do it does well. The cast is excellent, and visually the series looks great, almost movie quality. However, ‘Black Summer' never quite reaches the heights which saw ‘The Walking Dead' become a genre-defining show. Nevertheless, it is still a hugely enjoyable zombie romp. 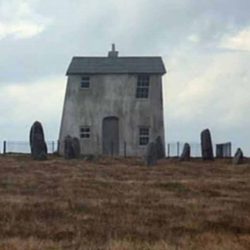