Blown Away is a competitive reality show that thankfully focuses entirely on the skill and talent of its glass blowing contestants to keep you engaged and not on in-fighting or sad sob stories. Prepare to be amazed by watching these masters at work.

Finally, in Blown Away, we have a competition show that is actually based on real skill and talent. Not once, thankfully, do we have to endure sad sob stories forcing us to empathise with the contestants.

And not once does anyone utter the words ‘I've been waiting for this my whole life'. It's a very welcome departure from the usual drivel of reality tv.

Instead, we have 10 accomplished glass bowers with varying degrees of experience in the industry. There are no amateurs trying their luck here.

All are immensely talented and masters of their craft. But like all competitive shows, one must go after each challenge. And believe me, these are not easy challenges.

Each episode focuses on one aspect of glass blowing. From the conversion of an everyday item into Pop Art to the elevation of a cliched glass object into something spectacular.

As we watch our creators go about the arduous task of producing something spectacular, the sheer level of difficulty in what they are doing is astounding.

Is Blown Away Worth Watching?

With a creative brief and a time limit, the artists must be able to produce a piece to be judged when the time is up.

The judges in question are award-winning glass artist Katherine Gray and the show's host, Nick Uhas.

For each challenge, they are joined by an expert from the industry. Between them, they must decide who has won and who will be going home.

The overall winner of the show will win a $60,000 prize and an artist’s residency at the renowned Corning Museum of Glass. It is a lucrative opportunity and one that they all want to win.

At just 25 minutes per episode, you will absolutely binge on Blown Away. Gone is the nastiness and bitching associated with competitive tv.

In its place is a series of incredible designs with relevant and on-point critique. It is engaging and so much better than I thought it would be. So much so that all the family will love watching it.

And if you want to know more about the contestants on Blown Away, check them out here.

Because Season 1 was so successful, Netlfix renewed the show and Season 2 is now available to stream. Following a similar format to the first, we once again have 10 expert contestants battling it out to win the competition.

If they can stand the heat of the hot shop and impress the judges they will win a life-changing prize that includes bragging rights and a package worth $60,000.

Nick Uhas is back as the host as is head judge Katherine Gray. So which one of the artists will blow them all away in season 2? Watch to find out.

So often, reality tv competitions come and go but Blown Away is a big hit for Netflix. It's also one of the few to get three seasons!

Released on Netflix on July 22nd 2022, some of the glass world’s heaviest hitters, all competing for the title, Best In Glass are heading to the hot shop.

Like the two previous seasons, we once again have ten glass artists ready to push themselves to their creative limits. The aim is to impress the Evaluators or risk being eliminated.

At stake is a life changing prize that will send their careers to new heights. Nick Uhas and Glass Master Katherine Gray are both back with guest judges so just who will win Blown Away Season 3? 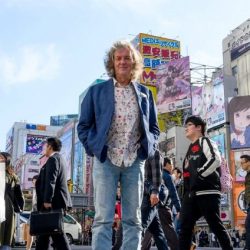 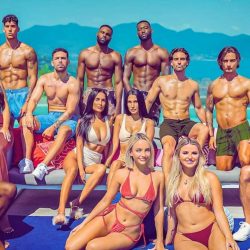 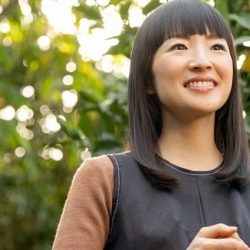