You've heard of dog shows, now it's time for the cat shows. Seriously, it's a thing. This documentary follows some cute and fluffy feline friends as they battle it out for the title of Canada's Best Cat. A sweet documentary, but not particularly compelling.

People can grasp the idea of a dog show. Despite all the confusing criteria around breeds, builds and judging criteria, it is something that we can all understand. But such a show for cats? Notoriously untrainable, unreliable, unpredictable cats? Erm…

Catwalk: Tales from the Cat Show Circuit is a documentary following those who show cats. All in an effort to have their furry ball of perfection named ‘Canada’s Top Cat’. Not for money. Not for prizes. Just so that they can have the prestige of the title for a year. The judging criteria is pretty similar to dogs. Cats are assessed on how much they look like their breed is ‘supposed’ to look, raised to the nth degree of perfection. “If you are bringing up your long haired cat and you haven’t combed all the knots out,” says Judge Elaine Gleason, “then you are going to lose a whole bunch of points for that.”

As an animal documentary, there are few standout moments compared to others. No crazies to point at or deep tales of humanity (or felinity) to get absorbed into. The main thread follows competition between two cats vying for Canada’s Top Cat. They are Kim Langille’s ‘Bobby’ (a Turkish Angora) versus Shirley McCollow’s ‘Oh La La’ (a walking fluff cloud Red Persian). They trek around the country showing their cats at all the events in order to rack up season points. But despite the professional rivalry, it’s clear that these two women enjoy sharing their passion together. To the point where there are hugs and tears at the end.

There is one brief shot of an obstacle course where each cat failed completely to run the gauntlet correctly. But almost all the judging is based on the cats being handled by a judge who monologues their thoughts on how they present. Many judges and cats tour the country which just ends up with the same results over and over again. The repetitive nature of this doesn’t really make for compelling viewing. And no amount of edited in jaunty synth music or selected cutaways by the filmmakers can invest any kind of drama in the footage they’ve shot.

Other breeders come and go and we see several houses completely overrun with animals. But really this is just a light-hearted look at the world of show cats. There is plenty of gorgeous kitties to enjoy, certainly. And unlike the counterpart dog shows, these cat events are full of people describing it as a hobby. A time-consuming hobby that sees them trek around the country all year, yes, but a hobby and not a financially dependent lifestyle (with all the worrying effects on animal welfare that might bring).

Catwalk is something to watch of an evening and to be enjoyed so you can coo over our furry pet friends. So coo away! 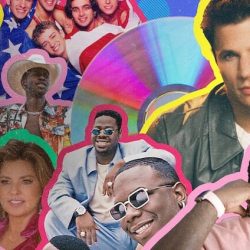