Chelsea Handler hosts a late night topical show that is both provocative and comedic in it's style. Featuring a huge group of very diverse guests, Chelsea will give you plenty of laughs and education and while she may not be for everyone she is at least an honest representation of herself.

Love her or loathe here there's no denying that Chelsea Handler is fearless. With a reputation that precedes her she dares to go where nobody else will and can be brutally scathing with her opinions and observations. She may not be to everybody's taste but I love her and have done for years since she first appeared on Comedy Central back in 2007 with Chelsea Lately.

Her series on Netflix is remarkably sharp particularly as it was filmed during a difficult political time in the US and the two seasons that she made were aired over 2016 and 2017. Her guests are diverse and varied and unlike some other talk shows, they do appear to be far more relaxed and willing to share more personal stories and opinions than they do on mainstream tv. Yes there are superstars on to plug the latest movies or albums, but she also chats to Senators, Congress men and women, activists, authors and sports personalities. What makes her show different is the format it takes. As in, there is no set format at all. Sometimes it's in front of a live audience, other times she's on location and frequently she hosts dinner parties with multiple guests who chat about specific topics that are relevant in today's society.

Handler never shies away from talking about the more personal aspects of her life. She is, for all intents and purposes, an open book as documented in the four she has had at the number one spot on the New York Times Best Seller List. That openness is the vehicle that enables her to get more from her guests. She is at heart a comedian and while there are some quite serious topics discussed on her show, it is still peppered with plenty of laughs along the way. The series may have ended but it doesn't make the show any less relevant so if you're after a topical, funny show that will make you think and laugh, you could do a lot worse than Chelsea on Netflix. 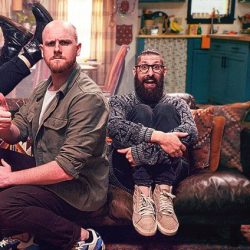 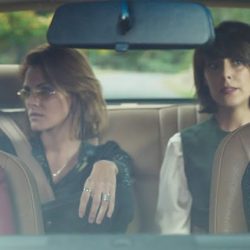