Bye bye wholesome family fun. Hello horror. Forget everything you know about Sabrina the teenage witch, sit back and enjoy the full macabre that this re-boot has to offer. Dark, malevolant and frequently creepy, the Chilling Adventures Of Sabrina will have you glued to your tv screen.

In the town of Greendale, where it always feels like Halloween, there lives a girl who is half witch and half mortal. On her 16th birthday she will have to choose between two worlds. The witch world of her family and the human world of her friends. Her name is Sabrina Spellman.

The Chilling Adventures Of Sabrina is one of most highly anticipated releases this year. And like the equally macabre Netflix Original, The Haunting Of Hill House (review here), it doesn't disappoint. Forget everything you thought you knew about Sabrina. The cutie pie teenager of the 90's is no more. The comedy of the show, the airiness of the setting, the canned laughter, the antics of the talking cat – all gone. Bye bye wholesome family fun. Hello horror.

This show has gone dark. Really dark. The first episode lays the groundwork for the entire season very nicely. We meet Sabrina (Kiernan Shipka from The Silence) on the week leading up to her 16th birthday. Very aware of all things magic and the expectations of being a witch, Sabrina is counting down the days until her Dark Baptism when she will become a fully fledged witch. And witches are, broadly speaking, evil. They worship and adhere to the Dark Lord and follow the path of darkness. They must embrace the magic and cut all ties to the mortal world. The problem is that Sabrina isn't sure she actually wants to be a full witch.

Her love for Harvey (Ross Lynch from Status Update), her friendships with Ros and Susie and her determination to change the patriarchy, and often misogynistic attitudes, at Baxter High are all holding her back. Knowing her father was a Warlock and her mother a mortal, the two sides tug relentlessly at her emotions. Should she choose the path of darkness or the path of light?

The Chilling Adventures Of Sabrina isn't some glossy teenage reboot. It is macabre and creepy with some genuine jump-out-of-your-seat moments. Ghoulish scenes of stabbings, hangings, disturbing witches and some quite horrendous looking creatures make it the perfect blend of witch fantasy and gothic horror. Even the way the scenes are shot add to the overall effect. Images are often distorted, blurred and out of focus which, and I'm not complaining here, is actually quite hard on the eyes after a while.

There are layers of plots and storylines to sink your teeth into with the added bonus that Sabrina is quite a forthright and self-assured young woman, who is thankfully devoid of all naivety. But strip back the magic and fantasy, at the heart of the show, is Sabrina's determination to have it all. Why should she pledge herself to Satan? Isn't it just another way of being controlled? Why can't she have both power and freedom? And will she ultimately get it? 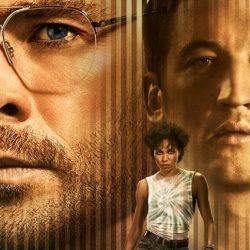 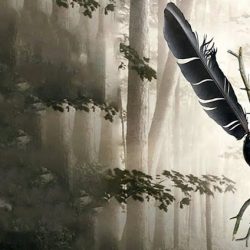