With an impending hurricane and rising floodwaters, a young woman attempts to rescue her father stuck in the crawl space under the house but they have company and it's not the good kind, in this suspenseful horror.

Creature features tend to be upfront about the lethality of their chosen animal. It’s right there in the title, isn’t it? You can sketch in most of the movie from simply reading Piranha, or Anaconda, or Sharknado (ok, that last one has to be seen to be believed). Crawl is a little more subtle. Enclosed spaces, ok. Rising floodwaters, gotcha. AAARGH ALLIGATORS! Sneaky, but effective.

Yet whilst there is absolutely nothing wrong with a good creature feature, Crawl punches up a bare-bones story with some extra meat to chomp on. Haley Keller (Kaya Scodelario, The Maze Runner) is an aspiring competitive swimmer, estranged from her father (Barry Pepper) who coached her throughout her childhood. After receiving a phone call from her sister that no-one can get in touch with their father, despite evacuation warnings regarding an incoming hurricane, Haley drives into the danger zone to her old family home only to find him unconscious in the crawl space under the house.

Director Alexandre Aja reportedly expanded upon the original screenplay which featured only one location and a late reveal of the threat. There is certainly no late reveal here. Once the camera work establishes how little space to manoeuvre there is and plays visual peekaboo with Hayley, her discovery of her father is snapped short by the appearance of a nasty looking Florida alligator. Thanks to pipe placement in the basement there are some spots where the Kellers can’t be reached by the green scaly gnasher, but rising floodwaters and howling winds make it clear that staying put isn’t an option.

For most of the run time, we are just as stuck with Hayley and her father as they are with each other. Some looters turn up later who might as well be wearing fluorescent jackets with “Human Sausage” emblazoned on the front so as to allow a bit of carnage, but the movie benefits from retaining a claustrophobic and restrictive atmosphere. This is especially true considering the rising floodwaters and lethal hurricane barreling down on top of them.

Considering the reptilian threat is entirely CGI the effects work is well done. Aja wisely resists the urge to overly anthropomorphise his fearful living fossils. No sharks bearing a grudge or super-intelligent hunters here: just something that is utterly devastating in its natural environment getting stuck in ours. With one webbed foot squelched in realism, even the present and correct daft human character logic that pervades the genre can be drowned out.

Speaking of the human element, the attempt to beef up interpersonal relationships within an attacking alligator agitation is admirable, if a little watery. Despite sterling performances from both Scodelario and Pepper that sell their terse dynamic, we never really get under the skin of what caused it. Sure, Aja dots flashbacks throughout, but as these don’t accumulate to any notable confrontation or apex there is little raw material for the actors to craft any kind of reconciliation with. I can’t help but feel that with a bit more we could have really gotten to know these characters beyond the inherent tension of scrambling for their lives.

Notwithstanding the missed opportunity to climb out of its foundations, Crawl is an effective and fun bout of hands and knees panic that does the job better than any ‘alligator in the basement’ synopsis would suggest. Enough work is put into the characters to cheer them on, the alligator threat convincingly shares their limited space, and the oncoming storm heightens the tensions with a powerful ticking clock. Those looking to get locked into an 87 minute death roll need look no further. 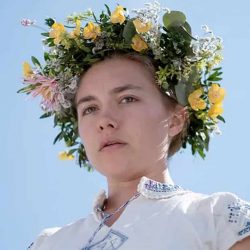