Action packed DC Titans brings together Robin, StarFire, Raven and Beast Boy as they pool their superpowers together to save both Rachel and the planet. A solid adaptation of the Teen Titans comics, albeit for a much older audience.

I will sheepishly confess to the fact that until a week ago I had never heard of Titans. Thanks to the deluge of Marvel and DC movies over the years, I have a fair idea of who most superheroes are. But for some reason, Titans wasn't on my radar.

As a result, I had no idea what I was going to be watching. The good news is that Titans, like Jupiter's Legacy, is really enjoyable. Purely from an objective perspective, the show is really engaging and entertaining. Though I have no idea how true to the original DC Comics it is!

There are eleven episodes in the first season and it takes at least the first four or five to discover who all of the players are. Initially, we are introduced to a young girl called Rachel. Suffering from horrific nightmares, she insists that her mother keeps her locked in her room for her own safety. It isn't long before her story quickly evolves sending her on the run to Detroit.

We then meet Detective Dick Grayson, played by Brenton Thwaites from Ghosts Of War, who works in Detroit. A relatively cool customer, he comes across as a bit of a loner – dark and moody. He is also the same guy that Rachel keeps seeing in her nightmares!

A quick time jump back a few years and we discover that Grayson is actually Robin – Batman's sidekick. But this Robin is pretty badass. In fact, he's just a tad on the vicious side and his opening fight sequences will leave even the strongest of stomachs slightly reeling. Of course it's only a matter of time before Rachel and Grayson meet. Which in turn gives us the first two of our Titans.

Now it's time to meet Kory Anders who has quickly become my favourite leading lady of any show. Played by Anna Diop, Kori wakes up in a shot-up car with absolutely zero memory of who she is. Thankfully she adapts quickly and works out who she is supposed to be and more importantly that she is looking for Rachel.

Her powers, which she had no memory of, soon come into play and before long she too is on her way to Detroit. Kory is by far the coolest character of any of the DC adaptations. She oozes charisma and charm which is much needed as Grayson and Rachel lean towards being angry or sad most of the time. So she balances things out nicely.

With the three Titans now together it's time to introduce Gar Logan. His back story is that he caught a virus in the Congo a few years earlier. Rather than be left for dead he was injected with a vaccine that the unintended consequence of allowing him to alter his DNA and turn into a green tiger whenever he wants. Which, believe it or not, comes in very handy when you're in a bind!

So now the four Titans must pool their resources together and save Rachel from the bad guys that want to capture and do her harm. Why? Because they believe she is the key to a prophecy that will bring about the end of the world. Will the Titans succeed? Watch the first three seasons to find out! Plus Titans Season 4 is on the way! 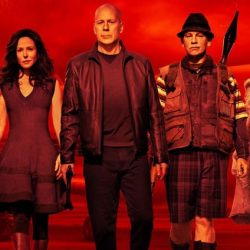 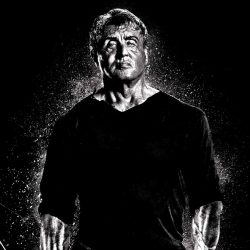