Four somewhat estranged sisters reunite after their mother's death. Upon which they are told that they each have different biological fathers and must find them to receive their inheritance. A quirky and sweet Spanish comedy that passes the time nicely.

Despite Everything (A Pesar De Todo) is a quirky fun Spanish movie on Netflix. The premise is simple. Four very different sisters are each off living their own lives. Then their mother passes away and the four women return back to Madrid for the funeral.

Then comes the reading of the will. And this is where their late mother, via a video recording, tells them that they each have a different biological father. Only when they each discover who he is, will they get their inheritance.

The four sisters must work together because if even one of them decides not to find out then nobody gets the inheritance. The problem is that their differing personalities and lifestyles lead the girls to clash more than they get on.

Sara (Blanca Suárez) is a successful magazine editor based in New York. It soon becomes very clear that she left her true love, Alejandro, behind in Spain to pursue her career. Will she get a second chance with him? Lucia (Macarena García) is the youngest of the group and the most lost.

Claudia (Belén Cuesta) is a pill-popping wine guzzler who is going through a marriage breakup that nobody knows about. And that leaves Sofia (Amaia Salamanca) who, desperate to feel free, has her own commitment phobia.

There are no real plot twists in Despite Everything. The story is what it is. The four sisters track down their respective fathers but in doing so bond and become closer to each other. Which, as it turns out, was the purpose of their mother's request.

It's a perfectly lovely film and one that passes the time nicely. And it is quite short at just 1h 18min. It has a few dramatic moments, some poignancy and quite a few laughs. The on-screen chemistry is excellent between the four leads and it's quite believable, from the way they interact with each other, that they could be sisters. Yes, there are a few plot holes but nothing that will take away from the overall enjoyment of the movie.

And if you liked Despite Everything, check out Unknown Origins, another hit Spanish movie that is well worth watching. 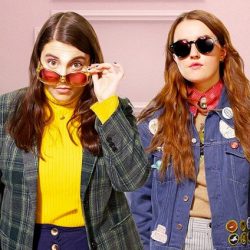 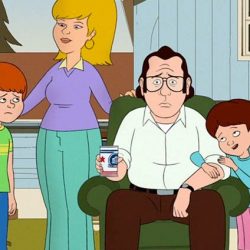