A jaw dropping, addictive, infuriating, horrifying dramatisation of real life events. Dirty John chronicles the relationship between Deborah Newell and John Meehan, a psychopath with a history of stalking, violence, drug addiction and abuse. She just doesn't know it!

What can you say about Dirty John? It is a jaw dropping, addictive, infuriating, horrifying dramatisation of real life events. If you haven't heard about it or seen it then you are in for a treat. Based on the uber successful podcast by Christopher Goffard, Dirty John chronicles the relationship between Deborah Newell, played by Connie Britton (Friday Night Lights) and John Meehan.

Deborah is a successful business woman with three adult children. Having been married four times previously, she decides to give online dating a go. That's where she meets John Meehan. He is a successful doctor, charming and good looking. Saying and doing all of the right things, John soon worms his way into Deborah's life.

Moving in with her, after only a few weeks, their relationship is a whirlwind. Despite the fact that her children can't stand him, she carries on regardless. By the end of episode three they are married. At this stage they are together eight weeks. Yes. EIGHT WEEKS. As a viewer you can't actually believe how profoundly stupid and naive Deborah is. And then it just gets worse.

That is because John Meehan, played by Eric Bana, is a psychopath. He is a manipulator, a drug addict, a liar and a con man. As the Dirty John series progresses, we get a glimpse into his childhood and the increasingly awful things that he has done to a series of past girlfriends and family members. And yet Deborah is in love.

Dirty John is a truly captivating show. But, if you're like me, it's mostly because you can't believe what you are watching. How could Deborah Newell be so ridiculous? How could she keep going back? And why does she come across as a total ditz who seems surprised by the escalating violence and threats? I imagine it's is because she didn't know then what we know now. Hindsight is wonderful thing and when you can see his history laid bare, it's easy to be critical. Even angry and frustrated. I confess, there were plenty of times I wanted to hurl the remote control at the tv!

The story of John Meehan made headlines. As a result, Christopher Goffard, of the LA Times, created the podcast which has been downloaded more than 30 million times. The show is less detailed but no less gripping. The supporting cast of Juno Temple and Julia Garner (Ozark) as daughters Ronnie and Terra are superb. In fact, it's ultimately them that you feel the most sympathy for. 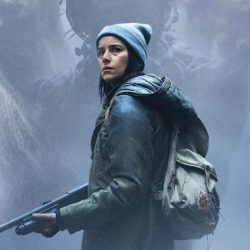 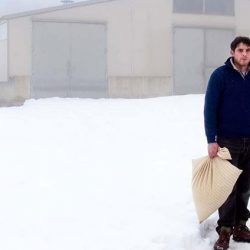 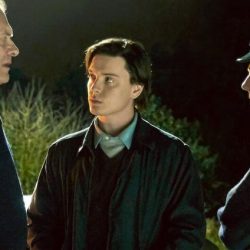 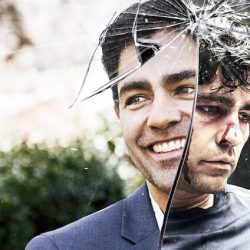