Divergent is a post-apocalyptic action movie akin to The Hunger Games or Maze Runner. It follows Tris, a resident of a futuristic world divided into five factions as a major war looms.

It's not difficult to see why there was a boom in young adult fiction movies such as Divergent or why many of the tropes were so similar.

Running central through these stories is always a distrust of adult figures, difficulty in working out your identity, and fighting to make the world around you make some kind of sense.

Divergent takes these concepts and adds a very literal conceit into the mix.

What Is Divergent About?

Set in a post-apocalyptic Chicago where the world outside the walls is but a howling wasteland, the citizens occupying these ruins are separated into five factions based on defining personality traits.

Through advanced testing, the best match for just one faction is identified, and most teenagers follow into their parents' faction.

But there are outliers, and when testing can't match young Tris Prior (Shailene Woodley, Endings Beginnings), she discovers she is a dreaded ‘divergent': one who can fit into any faction, and thus her existence threatens the powers that be.

Tris keeps her secret and picks instead the law enforcement faction known as Dauntless (rather than her parents ‘selfless' faction of Abnegation).

Those who have watched enough young adult movies will certainly get the influences here. The level of plot-bending technology available to those in power is very Hunger Games. And the mysterious elements behind those in power smacks of The Maze Runner.

Fear of the other can be found in The Host, and the hidden powers element has touches of The Mortal Instruments. On the surface, Divergent is a hodgepodge of all the usual movies.

Despite your standard post-apocalyptic fare, Divergent carves a niche for itself by having an intriguing, if rushed, plot and a limited cast of mostly likeable characters.

Woodley as Tris carries with her a cynical cautiousness which is much more believable than Katniss Everdeen's blinkered nature in The Hunger Games.

The way she side-eyes all scenarios whilst trying to figure out the mystery of herself and her place is as subtle a metaphor as a hormonal slap to the face, but the lack of contrivance is certainly refreshing.

Core to the movie is her relationship with the brooding (obviously) love interest known as Four (Theo James, Lying And Stealing). As a Dauntless trainer, Four is tasked with getting the new recruits up to scratch.

The growing attraction between the two characters is a slow burner which isn't devalued by its signposted inevitability. James imbues his stoic performance with a light behind the eyes that is more attractive than any tortured love triangle from The Host or that residents of Panem cough up.

Divergent focuses so heavily on Tris and her journey that the world-building is zoomed through unsatisfactorily. Little attention is paid to the other factions except those of the intelligent academics, Erudite.

Led by Jeanine (Kate Winslet) and also enfolding Tris' brother, Caleb (Ansel Elgort, Baby Driver), the Erudite clan are a bunch of smarty-pants that are clearly up to something.

Winslet's character may shift from ‘this is for the greater good' to the kind of comical callousness that would make Magneto do a double take, but Winslet's two-faced delivery means that Tris's scenes with her sparkle marvellously.

Is Divergent Worth Watching?

Taken as a start-up movie in a series of three (a fourth was planned but never made), Divergent suffers from the legwork needed to get everything started.

There is little sense of the scale in this future Chicago as wider detail is sacrificed, resulting in the movie being the Tris Show, but Woodley gives her enough steel for this to work.

Arguably, the follow-up movie Insurgent has better oomph to it, but there is plenty of fun to be had here. I certainly enjoyed desperately waiting for the most punchable-faced man to get the smirk slapped right off of him (Miles Teller, who puts in an equally slapable performance in the superb Whiplash).

Divergent assessed among its peers, like Panic and Alice In Borderland, calls to mind a Japanese proverb: “The nail which stands out will be hammered down”.

It may not be especially different from other teen dystopian movies, but the nails have been hammered into a solid structure that satisfyingly does the job, and we all need to feel self-righteous rage against older authority figures from time to time…

Is Divergent Movie On Netflix?

Divergent is available on Netflix in certain countries such as Ireland, the United Kingdom and other countries in Europe.

Outside of Europe, it is largely available on other streaming platforms, such as HBO Max in the United States and Amazon in other countries.

Director Neil Burger assembled a great cast for Divergent, the movie based on the books by author Veronica Roth. With intense violence and thematic elements that blend sci-fi and action, it makes for a movie watchable by just about anybody looking for some adventure on tv.

But just who plays the iconic characters that we've all come to know and love?

Shailene Woodley as Tris Prior, a truly iconic character and 16-year-old girl formerly of Abnegation who joins Dauntless

Theo James as Tobias “Four” Eaton, who runs the Dauntless training for the faction.

Ray Stevenson as Marcus Eaton, the leader of Abnegation and Four's father

Zoë Kravitz as Christina, a member of Dauntless

Miles Teller as Peter Hayes, a member of Dauntless who was an original member of Candor

Kate Winslet as Jeanine Matthews, the leader of Erudite faction 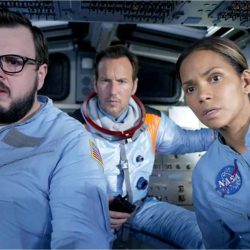 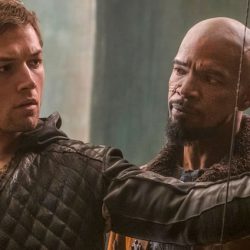