When Queen Bee Drea and alt girl Maya become unlikely friends they team up to get revenge on each other's bullies in Do Revenge, a dark comedy inspired by Strangers on a Train.

Drea (Camila Mendes) has it all. She is the Alpha it-girl on campus and is at the peak of her high school powers.

And she didn't get it all by chance. Drea is as smart as she is beautiful and has spent years meticulously creating the perfect life. Which is all about to come crashing down around her.

When her entire life goes up in flames after her sex tape gets leaked to the whole school, seemingly by her boyfriend Max (Austin Abrams), Drea is out for revenge.

On the other side of the school is Eleanor (Maya Hawke). Eleanor is an awkward new transfer student who finds out that she now has to go to school with her old bully, Carissa (Ava Capri).

After a chance run-in at tennis camp, Drea and alt girl Eleanor share the stories of their ruined lives. Forming an unlikely and secret friendship, they decide to team up and get revenge on each other’s tormentors.

Is Do Revenge Worth Watching?

There really is a lot to like about Do Revenge. Casting Camila Mendes as Drea and Maya Hawke as Eleanor was inspired. Both are standout and fit the roles perfectly.

Visually, creating a Hitchcock-ian dark comedy but styling everybody in bright pastel-coloured clothing is a really clever juxtaposition. It reminded me of Squid Game where the backdrop to the games was in complete contrast to what was actually happening on screen.

Also, we're used to seeing the scariest protagonists in darker, more action-packed movies. In fact, Do Revenge was inspired by the Alfred Hitchcock movie ‘Strangers on a Train‘ so that twist of changing it up from two adults to two teenage girls is smart and brings a fresh perspective to the story.

Overall, as the original concept is a tried and tested winner, along with the casting, sharp script and incredibly styling, Do Revenge is a fun dark comedy to pass the time.

Originally the title of the film was supposed to be ‘Strangers‘ but somewhere along the line the title changed and we ended up with Do Revenge.

Netflix then announced that the release date for Do Revenge is September 16th 2022.

Do Revenge is an American dark comedy film from director Jennifer Kaytin Robinson, who co-wrote the film alongside Celeste Ballard.

It is also produced by Jennifer Kaytin Robinson, Anthony Bregman and Peter Cron.

But in order to cast a movie about teenage girls, you have to have a star studded cast, and that's exactly what we have…

Maya Hawke (Stranger Things) as Eleanor, an awkward new transfer student who has to go to school with her old bully Carissa. 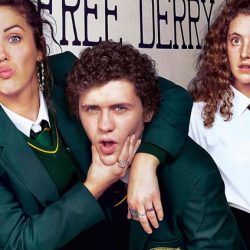 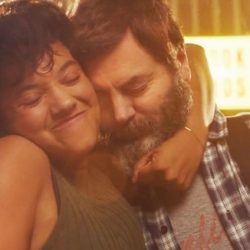