The Queen of Country, Dolly Parton, has taken eight of her iconic songs and turned them into an anthology series that is a delight for any Dolly fan. Heartstrings is an uplifting set of stories that radiate joy and positivity.

The undisputed Queen of country, if not all music, Dolly Parton, has created Heartstrings for Netflix. This is an eight-part anthology series with each episode bringing one of her most famous songs to life. The show is executively produced by Dolly herself and at the beginning of each story she gives a little run-down on the inspiration behind the song being featured. Each episode is completely separate from the others so there's no real order to watching it. You just pick your favourite songs and work from there.

First up is ‘Jolene' starring Julianne Hough in the title role. Working in a honky-tonk bar, Jolene is a bit of a free spirit. Beautiful and confident, she's the kind of girl that makes women hold their husbands a little bit closer. The problem is that Jolene is a really lovely, if misunderstood girl. So when she becomes friends with a suburban housewife Emily (Kimberly Williams-Paisley) she finally starts to feel accepted. That is until her dalliance with a married man comes to light.

Other songs featured in Dolly Parton's Heartstrings include J.J. Sneed about a young woman, Maddie Hawkins, who escapes an arranged marriage and joins forces with an outlaw. The outlaw in question is played by Colin O'Donoghue from Once Upon A Time with Hawkins played by Willa Fitzgerald. And if you know the song then you know that Sneed is a conman and a trickster, which Maddie discovers, but only after she has fallen for him. Don't worry though, hell hath no fury like a woman scored and Maddie is definitely scorned.

Heartstrings also covers tracks like Two Doors Down, If I Had Wings and Sugar Hill but one of the most beautiful episodes is These Old Bones. Based on an actual old woman who told Dolly her fortune when she was a child, the story is set in 1944. Mary (Kathleen Turner) is a clairvoyant who has been giving advice to local landowners not to sell their land to a big corporation. But when they send a local lawyer (Ginnifer Goodwin) to get her to stop her they all end up in court. However, not all is what it seems and soon all their world's are turned upside down.

Dolly Parton's Heartstrings is a well-rounded set of stories that bring these iconic songs to life. Each runs at about an hour long and is a true testament to the incredible writing skills of Dolly Parton. Fans will rightly be delighted by their authenticity and feel-good nature. 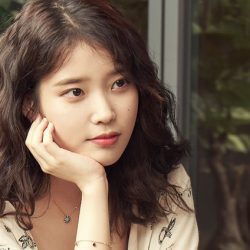 Killer Inside: The Mind Of Aaron Hernandez

Back Of The Net

For countries that have a limited Netflix content library ( just about everywhere ) – connecting to a VPN service allows you to ‘switch’ locations so you can access Netflix USA. You'll also be able to watch content from back home when travelling in another country.