This live-action remake of the popular kids cartoon, Dora and the Lost City of Gold, takes the whole family on a fun adventure with plenty of comedy and a stand out performance from Isabela Merced.

Popular Nickelodeon show ‘Dora The Explorer’ has entered pop culture thanks to its simple but charming approach of a 6-year-old girl living in the jungle and talking directly to the young viewers with educational games. The idea of a live-action movie, on first hearing of it, might make you think that this is one for the pre-schoolers to keep them busy of an afternoon. But that would be doing Dora and the Lost City of Gold a disservice because this utter delight of a film, released in 2019, does something utterly unexpected by answering the question: where did live action family films go?

Where are the live-action PG films that everyone in the house would happily put on? Everything is either animated, aimed at younger children, or has to be some sort of teen franchise with the rating dangling some older content in there. Releases like Paddington have shown that there is a market for movies that hit that sweet spot in the middle, something that Dora and the Lost City of Gold does expertly.

16-year-old Dora (Isabela Merced), having been raised by loving parents in the jungle, must now attend a Los Angeles high school whilst they go on a dangerous expedition. Cheerfully oblivious to normal teenage behaviour there she meets up again with cousin Diego (who is embarrassed by her chirpy demeanour), makes friends with nerdy Randy (who is in awe of her chirpy demeanour), and is oblivious to the death glares from preppy Sammy (who is suspicious of her chirpy…you get the point). Although Dora’s forthright earnestness sticks out like a sore thumb in a city high school, when the gang inadvertently end up in the jungle to look for Dora’s missing parents the boot is suddenly on the other foot.

With an Indiana Jones meets Spy Kids vibe of adventure, Dora is already ticking boxes for us all having a fun time. But what was unexpected was just how gloriously funny the movie is. Despite ramping the ages of the characters up to teenagers there is an almost tongue in cheek glee from sticking to the mentality of the original show. Merced breaks the fourth wall on several occasions to do an educational bit and the bafflement of those around her as she turns to the camera to say with all seriousness “can you say poisonous?” is reliably amusing.

There are bountiful charms to enjoy in The Lost City of Gold, be they self-referential jokes, a thrilling sense of adventure, or the fact that Dora is an unendingly confident and upbeat character. Merced is the shining star performance as the movie rests on her ability to be so darn likeable, but not so much so that it pushes into obnoxious. There is endless fun to be had in her always reacting positively and earnestly to any situation and winning over the often cynical people around her. Merced’s bright smile with a knowing gleam in her eye sells the whole concept throughout the entire runtime of the film.

Of the supporting cast, it is a shame that cousin Diego (Jeff Wahlberg) doesn’t get much runtime. Instead, he is relegated to a ‘will they won’t they’ attraction to Sammy. Although he takes a back seat for most of the movie, the gang collectively with Dora leading the way are an entertaining unit as she hacks back the undergrowth or sings a song about digging holes for your poo (honestly). Alejandro (Eugenio Derbez) is the only constant adult, and erstwhile jungle guide, of the high schoolers. His OTT reactions and general unhappiness at their various challenges gives the movie an extra comedic edge, even before the gang hit the slightly hallucinogenic fields and have a, lets say, ‘retro’ trip.

Dora And The Lost City Of Gold clearly flows from the pen of wanting to be faithful to the spirit of the original show, but cleverly weaves in a big wink to the camera with family friendly laugh out loud jokes. Including the talking thief fox Swiper (voiced by Benicio del Toro, no less) does stand out as perhaps an inclusion too far but such moments are brief enough as to not drag things down. It’s genuinely heart-warming to have a character like Dora who will magically placate any situation with overflowing goodness no matter the pointed looks. What with the way the world has been lately, Dora and the Lost City of Gold is a balm when you want sunshine to beam out of your living room windows. 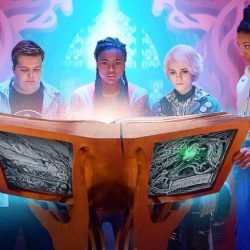 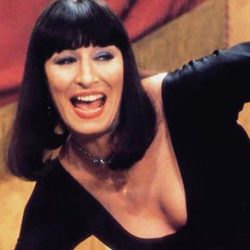