From the creators who brought you Sherlock comes Dracula, following his origins in Eastern Europe to his battles with Van Helsing's descendants and beyond. Entertaining but has its downsides!

There is a theory that horror monsters subtly follow the politics of whatever party is in power. A left-wing government indicates fear of the ‘stupid masses’ – hence a proliferation of zombie movies – whereas right wing governments fear the ‘seductive other’, which in turn leads to more vampires stalking our screens.

On the evidence of Dracula, a very loose 2020 adaptation of the 1897 Bram Stoker novel as written by Mark Gatiss and Steven Moffat, what TV audiences currently fear is people behaving rationally.

As with their hit show Sherlock, Gatiss and Moffat inject a syringe of modern style, sensibilities, and sass into a well-known IP and spawn something with a glorious façade thrown like a beautifully woven rug over some snarling and babbling creature.

How we want our villains portrayed shifts through time, especially when they have been around as a character for over 100 years. Pure evil? Creature of the night? Flawed anti-hero? Charismatic bad boy we love to hate?

Gatiss and Moffat strive to infuse their Dracula with snappy dialogue continuing in the same stylistic vein as Sherlock, with an occasional geyser of existential doubt spurted up the walls.

Dracula opens up much as the initial pages of Stoker’s novel. Englishman Jonathan Harker (John Heffernan), a junior lawyer, has travelled to Transylvania in order to obtain the signatures of Count Dracula (Claes Bang, The Northman, Bad Sisters) to a property purchase in England.

Yet this is retold through a framing device where a withered and pathetic Harker, convalescing in a convent, recounts the tale of his escape to Sister Agatha Van Helsing.

Around one-half of this episode is familiar territory where the haggard old Count keeps Harker ostensibly as prisoner (although it takes him a while to realise it) and slowly rejuvenates as he drains the life out of him.

Yet through the newly created convent parts, we know that this good ship Demeter has already sailed off course. It isn’t long before the gore factor is upped and the threat becomes much more visceral.

Dracula is at its best when mesmerised by Bang’s presence. His cockney brogue quickly overcomes any instinctive recoil due to a performance that shifts between modern delivery of zingers, and some good old fashioned facial menace.

Behind the eyes is a monster but also a mind working in tandem with each other, none more so prominent than the few occasions he is utterly wrongfooted by an equally sublime Dolly Wells as Van Helsing.

Between the rendering of flesh and cat and mouse battle of wits, Dracula is chock full of darkly entertaining moments.

The undoubted peak of the show is the second episode, Blood Vessel. This expands a part of the story barely covered in the original book: Dracula’s voyage to England aboard the ship Demeter.

By use of the constrained setting, Gatiss and Moffat insert a murder mystery plot line whereby crew and passengers are picked off one by one.

Obviously, there is no ‘mystery’ to us, but watching this clutch of well drawn characters work themselves into a frenzy combined with some overarching plotting (Who is the mysterious passenger in cabin 9? Why does it seem Dracula has hand picked these people to be aboard) makes for enthralling viewing.

Is Dracula Worth Watching?

It is a shame, therefore, for all this good work to be undercut by so lacklustre of an ending, indeed, the entire last episode. The book is abandoned entirely in favour of a mechanism to place Dracula entirely out of synch with his expectations.

In of itself this is a great idea and gives Banes more meat to chew upon as he puzzles to make sense of his place. Yet such a swerve requires character actions that ring true rather than devices to make the plot move, and this episode descends into eye rolling moments where the plot leads the characters rather than the other way around.

Legacy character Lucy Westenra (Lydia West) is painfully mishandled. A character in the novel who dares to contemplate multiple men for marriage (and was subsequently sexed up in the Francis Ford Coppola movie) is given over to pure vapour.

Not all characters need to be sympathetic, but they need to retain believable motives. This Lucy is a mess of apparent millennial ennui as expressed through scriptwriter hedonism. Such detachment undervalues any supposed epiphany by neither ringing true nor serving as any kind of morality tale.

Come the dying moments of the show, there is a real feeling that the scripts had been written into a corner. By searching for some sort of modern ‘gotcha’ by which to defeat Dracula, we are left with the kind of wrap up that punctures any sense of drama.

Despite Banes’ memorable presence, he is unable to provide acted foreshadowing for a finale that lacked any effective set up. And to throw in a perfunctory sexual coda in the dying moments baffles any kind of logic.

Dracula enjoys reinvigoration by disassembling the constituent parts and sewing them back up with extra folds of flesh in a manner that befits modern sensibilities. One can’t help but feel that the ending was never really the destination.

The journey serves up plenty of chunks of meat to chew on, yet when dessert is served you may find that you can no longer bear another bite. 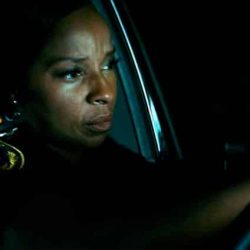