Ever wondered about the true origins of the game of football. Well, look no further than Early Man the brilliant latest production from Aardman Animations. This is a true return to form from Nick Park and his team - if you like Wallace and Gromit you will love Early Man.

Early Man is a brilliant return to form from Aardman Animations. It is packed full of genius slapstick comedy from start to finish. Aardman is famous for stop-frame animations using plasticine that creates a truly unique style. They use simple storylines for all the family that is tied together with a very British blend of comedy. Probably the most famous contributor to Aardman is Nick Park. He came up with creations like Creature Comforts, Wallace & Gromit and Chicken Run. He has been nominated for six Oscars and won four of them. That includes the best-animated feature for the 2005 Wallace and Gromit movie – The Curse of the Were-Rabbit.

A whole generation has been brought up on Aardman Animation creations. As a huge fan myself I have looked forward to each new release from the studio. However it has to be said that the attempts of computer-generated versions of their films never quite had the same feel. Thankfully Early Man has a real back to basics feel from the studio and is just brilliant.

Nick Park writes, produces, directs and even stars in the film. The cast is fantastic with lead roles played by Eddie Redmayne, Tom Hiddleston, Maisie Williams and Timothy Spall (The Changeover). All are award-winning actors who give excellent performances. But where the true genius lies with Aardman productions is the brilliant comedy that binds it all together and provides lots of laugh out loud moments. It is clear looking at the rest of the cast, they had no shortage of British comedians who were happy to take part. The likes of Jonny Vegas, Richard Ayoade, Mark Williams and Rob Brydon all add their unique humour and the laughs are plenty.

This is a great fun movie for all the family and both kids and adults will love this film. Personally, I loved this film and thoroughly expect it to be nominated for as many awards as Nick Parks previous productions. So if you are looking for something new to watch with the whole family give it a go. 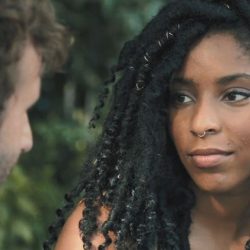