Echoes is a mystery thriller about identical twins who share a big secret. But when one of the sisters goes missing, their world is turned upside down.

Echoes is a mystery thriller about two identical twins, Leni and Gina who are both played by Michelle Monaghan.

But these are no ordinary twins. They share a dangerous secret. Since they were children, Leni and Gina have secretly swapped lives, culminating in a double life as adults.

Every year on their birthday they swap lives. They share two homes, two husbands, and a child, and for them it works.

However, when Leni goes missing, everything in their perfectly choreographed world is thrown into disarray.

So what exactly has happened to Leni? Has she left? Was she taken? Is she even alive?

It soon becomes clear to Gina that there is more to Leni's disappearance than she first realised. Somebody else knows about their secret double life, and they're holding it over her head.

So who is pulling the strings? Will Leni return home? And will the twins be able to keep their secret?

Is Echoes Worth Watching?

I love a good mystery thriller and Echoes fits that bill nicely. Along the lines of Pieces of Her, there's a whole backstory to the relationship between the twins.

Throw in secrets that nobody wants to come out and of course, the ‘where is Leni?' angle that drives the show and you have a pretty decent and binge-able series.

It is also a Limited Series so that basically means no pesky cliffhangers as everything gets wrapped up neatly.

The only problem is that you do have to suspend belief a little. When nobody even questions why identical twin sisters in the same town are never in the same room together well then…

Back in June 2021, Netflix greenlit Echoes, from 13 Reasons Why writer/executive producer/showrunner Brian Yorkey.

He also serves as executive producer and co-showrunner on the psychological thriller.

Now that filming has completed, Netflix has announced the release date of August 19th 2022 for Echoes.

How Many Episodes In Echoes On Netflix?

Unusually there are seven episodes in Echoes on Netflix. Normally we would expect to see eight, but from the beginning, it was always a seven-episode order.

The great thing about Echoes is that it stars Michelle Monaghan, one of the finest actors working today.

From The Best Of Me to True Detective she is entirely dependable to deliver a solid performance.

But one person cannot carry a series by themselves, so it's a delight to see Matt Bomer and Karen Robinson (Schitt's Creek), as well as Celia Weston and Ali Stroker, also take prominent roles in the series.

Madison Abbott as a Young Leni

Victoria Abbott as a Young Gina

Lucy Hammond as a Young Claudia 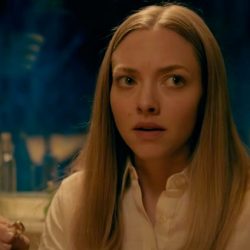