Based on real-life events, Daniel Radcliffe stars in Escape From Pretoria as a member of the apartheid-era ANC who, after being jailed for 12 years, plans one of the most daring and infamous prison escapes in history.

The ingenuity of the human race to devise an escape from seemingly impossible to escape from places is an endlessly rich source of intrigue. The methods used vary wildly, yet boil down to the fact that even the most secure facility will have routines and weaknesses to exploit.

Escape From Pretoria is based on a true story and stars Daniel Radcliffe as a member of the apartheid-era ANC (African National Congress), jailed for 12 years simply for distributing materials calling for equal treatment of all races.

Tim Jenkin (Radcliffe), along with Stephen Lee (Daniel Webber) enact their daring real-life escape within a plot that cuts to the chase very quickly. After planting explosive devices that fire leaflets all over the street the pair are whisked through a short courtroom sentencing scene designed to show the predominant racist position of apartheid-era South Africa.

Once jailed they become friendly with Denis Goldberg (jailed along with Nelson Mandela and Walter Sisulu in 1964, played by Ian Hart) and Leonard Fontaine. These are the only characters we really get to know beside a few usual nasty prison guards.

Escape From Pretoria is entirely occupied with the infamous escape. Prison movies, like Shawshank Redemption, often use incarceration as an exploration of injustice or the ability of the human spirit to prevail. Escape From Pretoria is a lean effort that strips away all but the barest of bones, confident in the knowledge that the ingenuity of the escape and its nail-biting execution is a big selling point.

On the negative side, this means we never really get to know the leading characters. The movie uses the status of Jenkin et al as political prisoners fighting against racial injustice as an empathy shorthand with no further need to elaborate. Webber, as Lee, barely gets a look in beyond reliable support. There seems to be little dramatic elaboration of personalities here. Instead, virtually everyone present works to serve the mechanics of the escape.

Radcliffe delivers a stoic performance as Jenkin, putting to good use the calculating gaze he has developed over his post Harry Potter work. His eyes sweep the room and take stock of the tools at his disposal so that as the solutions come to him (amazingly Jenkin fashioned his own keys by crafting wooden duplicates of those carried by the guards) we are right there in the moment.

Some flashes of directorial flair are deployed (including a great ‘rotating lock point of view’ shot) to make everything fun to look at. Director Francis Annan extracts every drop of tension from each moment by knowing when to make the camera hold its breath, and when to focus on the pearls of stress-induced sweat beading on Radcliffe’s face. We may never dig into the man himself, but that doesn’t stop you holding your breath as a wooden key splinters and threatens to leave behind evidence exposing the whole escape attempt.

There is nothing wrong with lack of depth per se. Through Fontaine (a character based on real activist Alex Moumbaris and played by Mark Leonard Winter) there is a drizzling of emotion as his annual 30 minute visit from his young son is cruelly cut short, and Hart’s portrayal of Goldberg as a man who worries about the movement as a whole rather than himself hints at the unity of the imprisoned ANC members. Instead Escape From Pretoria focuses on the remarkably clever escape in a way that is great fun, but just won’t have you returning as a repeat offender. 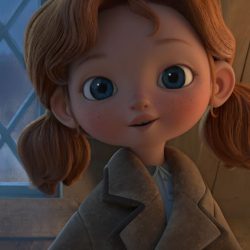 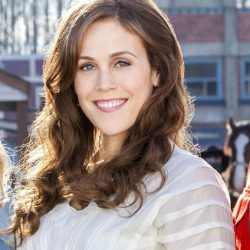