Which is fastest? An old Chevrolet pick up truck or a Lamborghini Aventador. Well, it all depends if the pick up has been modified hey. Watch and find out - petrol heads will love this show.

Fastest Car does exactly what it says on the tin. This is not just a simple quarter mile drag race every episode. The premise is to pitch some of the worlds most expensive supercars against modified regular cars. Four cars line up at the end of each episode and hurtle down the quarter mile to see which is the Fastest Car.

Now, it is a bit of an understatement when I describe the cars as just modified. These cars are known as sleeper cars – a car that from the outside looks incapable of the things it can achieve. They are heavily modified, insanely quick and outrageously powerful.

So this hooks in the interest straight away. It is great to see wildly expensive and exotic supercars get put through their paces. But seeing a 1992 Plymouth Colt wipe the floor with a Lamborghini SV really grabs your attention. In fact, in episode four it is not just one sleeper that beats the Lambo – but all three.

What makes this work is that each of the cars owners become the focus too. The viewer becomes quite involved in the journey of each person and vehicle. It's hard not to pick a personal favourite and want that person/car to win. Personally, mine was the 1927 Dodge Hot Rod. Owned and modified by a wheelchair-bound young man. It seems like he has no chance but this sleeper has a big heart and dreams of winning.

All in all, this is mindless fun and nothing more. Don't watch it if you are expecting answers to the problems facing the world today. But if you are into cars even just a little, it is well worth watching. And also, some very irritating rich people get egg on their faces when their very expensive cars are left for dead.

Netflix gave the go-ahead for season two at the end of 2018. So if you are a fan of this season, you will be up for a new high speed fix very soon. 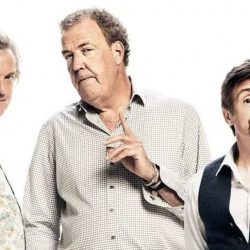