First Kill is a teen vampire series that follows Juliette, a teenage vampire who needs to make her first kill so she sets her sights on the new girl in town. But to Juliette's surprise, Calliope is actually a vampire hunter and so the battle begins.

When it comes to teen fantasy dramas Netflix really knows how to churn out the hits.

From Fate Winx Saga, Locke & Key and The Chilling Adventures of Sabrina, there is a formula to making a hit show that brings everything we love together.

So now it is the turn of First Kill, an unusual love story with plenty of twists and turns.

Juliette (Sarah Catherine Hook) is a teenage vampire and needs to make her first kill so she can take her place among a powerful vampire family.

She quickly sets her sights on the new girl in town called Calliope (Imani Lewis). But to Juliette's surprise, Calliope is no ordinary girl.

She is actually a vampire hunter from a family of celebrated slayers. And so begins the cat and mouse chase as they try to kill each.

The problem? They start to fall for each other. But what will their families say about it as they go to war with each other?

The good news is that there is a release date for First Kill on Netflix.

You can stream it from June 10th 2022 and with eight episodes in the first season, you can binge on teenage vampire Juliette and the vampire hunters that have delighted fans of Schwab's short story.

Netflix hasn't really done a YA vampire series before though there are plenty of shows that fall into a similar sort of genres such as Shadowhunters, The Vampire Diaries and Teen Wolf.

Each needs its own great cast and characters to make its show work and First Kill is no different.

First Kill is based on a short story included in the anthology, Vampires Never Get Old: Tales with a Fresh Bite from author Victoria Schwab.

She is also a co-writer and executive producer on the show along with Emma Roberts and showrunner Felicia D. Henderson (Gossip Girl, Soul Food).

So here is the cast of First Kill season one on Netflix. 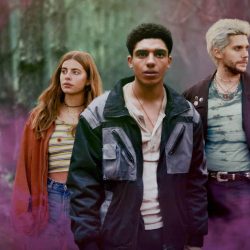 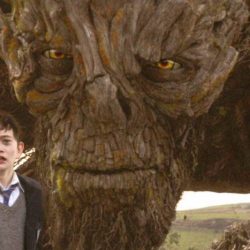 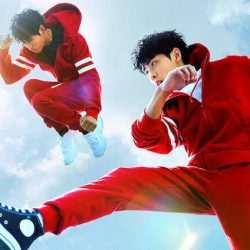