This gritty hard hitting dark comedy follows the tough journey of a female stand up comedian in the 1970s. If you are a fan of British stand-up comedy, you will love the authenticity of this film set in tough northern working men's clubs.

Funny Cow is inspired by the life and successful career of female stand up comedian Marti Caine. Caine became a national favourite, a successful female stand up in a world dominated by men. Against all the odds, she worked her way through the cabaret clubs to rise up to the top in a brutal industry.

The audience never finds out the name of the character Funny Cow. But we do get to know her intimately as a survivor, surviving abuse from her father, her partner and later her audience.

The cabaret circuit was where all of the big stars started their careers. This was a period of time very different from today. Before the television and the internet, people went to theatres or clubs for entertainment.

However, this was not at all glamorous, in fact in some areas these places were horrific for the performers. Any comedian performing in the Northern working men's clubs needed to be strong in front of these hostile audiences. So it would take a very talented resilient woman to rise to the top in this world – a very Funny Cow.

The story is written by Tony Pitts who also plays the abusive partner of Funny Cow. It is fair to say that on both sides he delivers with brutally honest results.

Director Adrian Shergold does a brilliant job, taking the audience back in time. We are dragged down back street alleys and placed in smoke-filled rooms. All immersing the viewer in a truly authentic way to this period.

A strong British cast provides an emotionally engaging performance. Maxine Peak steals the show as Funny Cow, providing some real comedy timing in the stand-up scenes. She is the central focus of the whole story and manages to keep the audience engaged with an incredibly brave performance.

Paddy Considine does well playing a very different sort of character to his usual roles. Alun Armstrong and Stephen Graham (White House Farm) both give their usual strong performances. But the cameo roles from comedians Jon Bishop and Vic Reeves are well worth looking out for.

Funny Cow is pitched as a comedy, but it has to be said that generally, the film is not that funny. Yes, there are some funny gags placed in the stand-up scenes and Maxine Peak does a fantastic job delivering these. But where the film works, is as a powerfully tragic drama about comedians.

So to wrap up, if you are a fan of gritty British films, especially ones set in Seventies Northern England, Funny Cow is a great choice – catch it on Amazon Prime now. 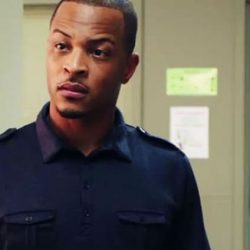 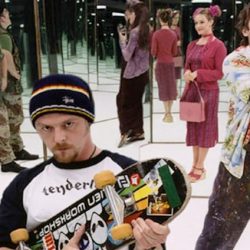