This intense and thoughtful war series depicts the horrors of World War II from the German perspective.  It follows the conflict through the lives of five young friends, youthful optimism gives way to despair as the conflict becomes increasingly brutal.

Generation War is split over three 90 minute episodes and starts with five lifelong friends who meet up in Berlin.

Charlotte is a newly qualified nurse. Brothers Wilhelm and Friedhelm have recently enlisted in the army. Greta is a beautiful barmaid who dreams of being a movie star and her boyfriend Viktor is a German Jew who plans to flee the country for a new life in America.

It's June 1941 and the friends have arranged one last party before they all leave Berlin but they promise to meet again at Christmas when they speculate the war will have ended.

The action switches between the main protagonists and that allows the series to cover different perspectives of the war.

Brothers Wilhelm and Friedhelm are soon fighting for their lives at the Russian front, Viktor is arrested by the Gestapo and Charlotte is seeing first hand the human cost of Hitler's grand plan in the military hospital where she works as a nurse.

Is Generation War Worth Watching?

This is a thoughtful war drama which doesn't flinch from covering the atrocities carried out by the German army during the war.

As the series shows, these horrific deeds were not solely carried out by merciless Nazis but also by people like Wilhelm and Charlotte.

Generation War is a brutally honest war film that should be watched by everyone. 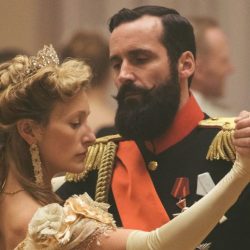