Ever wondered how The Beatles created such incredible music? Wonder no more as Director Peter Jackson takes you behind the scenes of the iconic group in this in-dept documentary series.

Many a musician will be at pains to point out that the act of making music is rarely lightning strikes of inspiration, as warmly welcomed as they are. It’s work.

It takes turning up every day and niggling away at amorphous thoughts and sounds until the basic framework of a song is carved out. This is true even of those with almost mythical ability and, as new documentary Get Back (available to stream on Disney Plus) proves, The Beatles were no exception.

Filmed during the band rehearsing and writing songs for what would ultimately form the Let It Be album (as well as some for Abbey Road), Get Back features footage shot by documentary film-maker Michael Lindsay-Hogg in January 1969.

The opening episode’s mini-Beatles chronology gets us up to speed on the journey of the band to this point (big sensation, no longer performing live, album recording outfit only), before then describing that the intention had been to record the writing of new songs culminating in a live TV broadcast.

Except things didn’t go to plan. Or stay in the same place. Or stick to the same dates.

Get Back movie director Peter Jackson has trawled through all the available footage. Editing through 60 hours of film footage and more than 150 hours of audio recordings is a daunting task and Jackson whittles it down to a little under 8 hours stretched over three episodes (by contrast, the original film by Lindsay-Hogg was 80 minutes long).

It’s no wonder that the opening credits are at pains to point out that ‘directorial decisions had to be made’.

The result is that Jackson has edited together an altogether different picture of a band well known to be at strain (The Beatles would split in 1970). Far from teetering on the edge, Get Back paints a picture of a band who were at their most comfortable when simply playing music together.

Long years of friendship and working life shine out, as conversations turn into comedy bits and adlibbed song snippets. Considering the reportedly fractious relationship between John Lennon and Paul McCartney, it’s a genuine pleasure to enjoy such candid footage of them at ease in each other’s company. Similarly, it’s interesting to see McCartney defend Yoko Ono’s constant presence, even if it is putting the band a bit on edge.

And yet tensions are clearly there. With such a long-form release we do get fascinating insights into their personalities and working process.

Music clearly flows out of McCartney (a sublime moment captures him vocalising random sounds while strumming aimlessly until the strains of Get Back solidify) and the bulk of the song writing originates from him, even as he tries (and frequently fails) to gee up the others.

George Harrison mostly keeps quiet, frustrated at his ideas being talked over. Lennon languishes, idle and bored in the face of constant chatter. Yet he is energised when adding and enriching layers to McCartney’s ideas. And Ringo lets them get on with it; cheerful but a little lost.

Although clearly aware of the cameras, some of the more intriguing snippets come from secretly hidden microphones. These pick up things like Lennon breaking his silence to try and gently chide McCartney’s dominance over the group. That’s the rub.

No blazing rows (despite Harrison simply stating “I’m leaving the band” and going home for a few days), and no cross snide remarks. Instead, this is a group that clearly enjoys playing together, but have individually outgrown the band and are listing, directionless and aimless, recording yet another album without much plan as to why.

The footage has been gloriously restored by Jackson’s team to a beautifully high quality (much like his recent World War I documentary, They Shall Not Grow Old) and pumps colour and youth into the making of an album over 50 years old.

Whilst always stunning to look at, this is a documentary best attempted in stages. The 2 ½ hours long episodes consist largely of the group simply noodling, playing old tunes, and going over and over the new material.

Sure, this is an accurate representation of the reality of making music (and clearly inside the workings of one of the most influential bands of all time is a privileged fly-on-the-wall place to be), but it is also long and repetitive and hardly compelling throughout. Plus, get ready to hear ‘Get Back’ a whole bunch of times.

Is Get Back Worth Watching?

As the show culminates in the famous London rooftop show and you witness that last live performance The Beatles ever gave, Get Back succeeds in embracing you fully on the journey to get there.

A band stuck in a rut? Maybe. But still producing timelessly classic songs like no other band could do.

You may have witnessed the efforts of a bunch of people to craft 3 minute songs, but with a warmth of presentation imbuing everything with rare intimacy, it will feel like just the two of us. 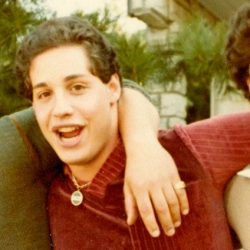 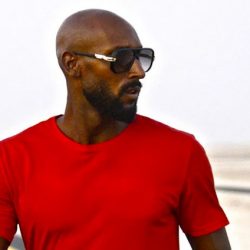 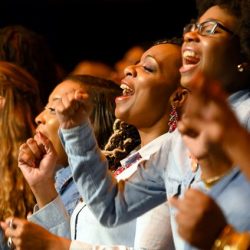