Ghostbusters: Afterlife is the latest instalment of the franchise but has its time come and gone or is this rebooted trip down memory lane worth watching?

It’s time for the ugliest word in art: franchise. Someone somewhere has a great concept which gets made into a singular piece of art; a concentration of irreplaceable life experiences.

Maybe that gets taken forward in that great empty ‘sequel’ pasture where a fenced-in concept can still graze. Once an intellectual property enters enfranchisement though this metaphor shifts into industrial farming, in service only to the furtherance of milking ‘the thing’ beyond any form of artistic merit.

Ghostbusters, then. An original and wonderful 1984 film that slid a yellow and black trap under the spectre of Saturday Night Live alumni Bill Murray and Dan Aykroyd and captured a unique essence of comedy, horror, and action.

A sequel followed in 1989 with the original cast and a reboot in 2016 which split fandom into ‘love or hate’ camps. Ghostbusters: Afterlife serves more as a direct follow-up to Ghostbusters II in an effort to glom once more onto the magical ‘something’ that made the original become an unexpected cultural phenomenon.

Impoverished and out of options, single mom Callie (Carrie Coon) moves her two children into a run down house out in the middle of nowhere, the only thing left to her in the will from a distant deceased father who paid little attention.

With her awkward teenage son Trevor (Finn Wolfhard) and precocious misfit daughter Phoebe (Mckenna Grace) the family must try to integrate into this backwater town. Except the ground is shaking for no reason, there are spooky goings on at the abandoned mine, and the Spengler name carries unrequited weight.

In the moments entirely free of the Ghostbusters history, Afterlife manifests with promising solidity. Mckenna Grace (Malignant) is superb as the nerdy and literal Phoebe.

All is not right in the new rickety family home; chess pieces move themselves and the basement holds more than just spiders. Grace lights up the screen and drives the soul of the movie forwards with her inability to integrate yet drive to explore and question her situation.

The wider cast fulfil function. Logan Kim as ‘Podcast’ does a great job of keeping the comedy rolling, and Celeste O'Connor copes with her ‘love interest’ card commendably well in the face of Finn Wolfhard’s ineffectual and reflexive affections.

Where Afterlife does good work is filling its run time with good actors who strive to bring their variable characters to screen. What few set pieces there are dazzle with modern sparkle.

A long beloved vehicle blaring its off kilter siren whilst proton beams are blasted with destructive abandon? Such a sight warms the hearts of all concerned.

Is Ghostbusters: Afterlife Worth Watching?

Ghostbusters: Afterlife seeks to modernise some questionable elements of the original. Old foes return but where clashing personalities were previously shoved together in uncomfortable intimacy, new characters are positioned in such a manner that coupling was arguably already on the cards.

I’m being purposefully unclear here, but once the nostalgia hand is played with rose-tinted violence it doesn’t take many minutes to anticipate the plot function of rubbish teacher Gary (Paul Rudd, Wanderlust).

1984’s Ghostbusters haunts Afterlife. It seeps into every pour and every beat. From the supposedly mysterious entrapment at the start through to a new generation of fated spectral stalkers.

If sequels at their best can take a new spin on an existing idea, Ghostbusters: Afterlife is the same spin on the same idea.

Promising new performances and characters are swallowed in service to all-consuming fan service, where delight at the recognisable ‘thing’ is treated with as much reverence as a worthy concept worth blasting proton beams at.

I would love to fully support an original idea that does something interesting with this IP, but Ghostbusters: Afterlife is the sort of movie made by people who look at balance sheets and then photocopy previously successful ingredients without ever developing a sense of taste.

Perhaps in the movie business it is time to respect that some things are impossible to replicate? A perfect storm of creators and circumstances that don’t need a 30-year financial model to extend, perhaps? Hello, is this thing on?

At the risk of contradicting everything I just said: Ghostbusters: Afterlife is a perfectly adequate homage to past glories that will tickle some fancies with feathers wielded by talented actors.

The reanimating of past people and return of past personalities are done on the right side of respect (although arguably ghoulish) and I am confident that you will enjoy the movie.

Yet the whole thing reeks of ‘corporate spreadsheet’: satisfying when the formulas click into place, but ultimately serving no one but the paymasters. There is no art here, only Zuul. 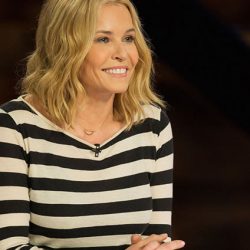 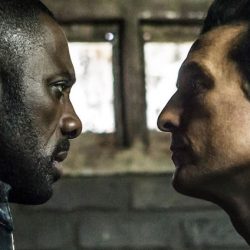