Bring on the glitter and spandex-laden world of 80's women's wrestling. The Gorgeous Ladies of Wrestling (GLOW) is a show that has it all - comedy, drama and nostalgia. This is unmissable five star tv all the way.

Coming from the pens of Liz Flahive (ROAR) and Carly Mensch (writer and producer of Orange Is The New Black and Weeds) is the Gorgeous Ladies of Wrestling (GLOW).

The show draws inspiration from the real GLOW wrestling promotion. The first season was a fictionalised version of their inception, pilot, and green light with a local TV station.

GLOW Season 2 covers the production of the TV series itself. It is all set against a backdrop of dramatic issues facing late 70s and early 80s women after the Woman’s Liberation Movement of the 1970s.

Whilst the show is an ensemble effort, the triad of aspiring actress Ruth (Alison Brie – co-star of BoJack Horseman), coarse director Sam (Marc Maron), and take-it-or-leave-it Debbie (Betty Gilpin) are the core.

Season 1 showed the brittle and desperate Ruth slowly winning over the cynical and exploitative Sam with her enthusiasm and quality of ideas. In season 2 that relationship develops to a reluctant attraction which both Brie and Maron play with trepidation and repression.

And as Debbie battles emotionally with divorce and absence from her baby daughter (thanks to Ruth sleeping with her husband in season 1) the frostiness directed at Ruth continues.

Each other cast member teams up with at least one other character so whilst some plot lines are more minor than others, everyone has someone to bounce off and give life to their arc.

I delayed watching series 2. My concern was that the somewhat ‘happy’ ending of season 1 (where it all finally comes together, Debbie and Ruth put on a perfect show, and GLOW gets picked up by the network) was going to get artificially broken just so the same dramatic beats could be retrod.

Thankfully, the show picks up where it left off. It takes a good few episodes for the plastered over tensions to bubble up again.

Ever since Debbie was persuaded to become the lead in GLOW with Ruth as her ‘heel’ (the baddie character designed to make the goodie character look good) there has been a huge argument waiting to happen. But smartly the show lets the pressure build with platitudes, passive aggression, and prostration. It comes to a head when a disoriented Debbie severely hurts Ruth during a match (whether or not she meant to is left ambiguous). And even more smartly, when the verbal fireworks finally fly and both women’s pent up frustration erupt spectacularly, each character’s savagery has relatable validity so the blows land with deft precision.

Season 2 of GLOW also lets loose with the wrestling itself. Obviously season 1 was constrained by the fact that all the characters were still learning how to actually wrestle. This time around they are more concerned with making a show that stands out. When we do get a full on wrestling match the athleticism and showmanship is lots of fun.

Flahive and Mensch also choose to address the serious issues of racial and sexual discrimination. Racial insofar as many of the wrestlers have heavily stereotypical cultural bases. GLOW doesn’t shy away from showing the tightrope between harmless fun and actual exploitation that the real GLOW battled with. And half way through the series there is a powerful moment where Ruth flees from ‘hotel room dinner meeting’ with a sleazy head of studio. When the show is immediately moved to a graveyard 2:00am time slot the difference in reactions between her female co-star Debbie (who rants that Ruth should have humoured him because that’s just how things are) versus director Sam (who curses out the exec and smashes up his windscreen) is all the more painful for knowing this hasn’t left us with the 80s.

80s nostalgia is big. But after a while the nods and winks and flat out replays get tiresome. TV has caught on to this and the most recent 80s shows have been cleverly using the iconic period as a backdrop to do genre work in. Stranger Things is first and foremost a horror / sci-fi show rather than a pure 80s rehash. GLOW is a comedy drama that takes in socio-political issues but blends them perfectly with expertly crafted story arcs and performances. The 80s glamour and grit is fun, but it would do GLOW a disservice to sell it purely on that angle.

There isn’t space to praise each individual element of the show. Producer Bash’s childish love of wrestling is sweet if immature. Terrorist archetype ‘Beirut the Mad Bomber’ finds love in an unlikely way. Sam’s daughter Justine is full on teen punk but this helps develop his character to somewhere near warm. It’s an expertly balanced mixture of drama, comedy, social commentary, and just, well, fun! Episode 8 even indulges in acting as an actual episode of the show itself. All complete with cheesy comedy sketches, fictional advertising, and soap opera lunacy. With only 10 episodes per series and half an hour per episode, I heartily recommend GLOW. Spandex and all. 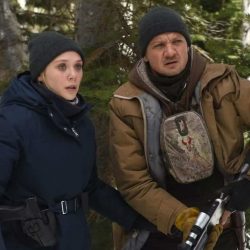 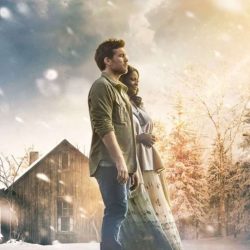