Elenor, a naive fairy godmother in training, sets out to grant the last happily ever after request only to discover that the 10-year-old is now all grown up but still needs a lot of help, in Disney's Godmothered.

If Cinderella and Enchanted had a Disney baby, it would be Godmothered. Jillian Bell (Brittany Runs A Marathon), stars as Eleanor, a young fairy godmother in training at Motherland. But things have been slow on the Gomothering front and with no demand for happily ever after's, the school is in danger of closing. Attempting to save the school, Eleanor finds the very last request from ten-year-old Mackensie Walsh and decides to make her dreams come through.

Heading through the magic portal, with the help of Agnes (June Squibb), Eleanor lands in the real world and heads to Boston to find Mackensie. Little does she know that Mackensie (Isla Fisher) is now all grown up and a single mother of two, working at a local news station. With not enough money or hours in the day, Mackensie definitely needs Eleanor's help, she just doesn't know it – yet.

The problem is that Eleanor is stuck in a fairytale notion of happily ever after and that doesn't really apply to modern life. A cute dress and finding prince charming don't really cut it anymore. Even as this dawns on Eleanor, she can't abandon her mission as without the storybook ending, Motherland will close and if she doesn't get back in time, she will be disenchanted.

Godmothered starts off really funny. Jillian Bell as an enthusiastic but naive student amidst a room full of jaded older godmothers is a fun new twist. So too are her antics once she enters the real world. And there are some genuine laugh out loud moments but they tend to fade away as the movie becomes very heavy on the sappiness. It's definitely a film of two halves – comedy in the first, overly sweet in the second.

As family Christmas movies go, Godmothered isn't the worst by any means. It's light-hearted and with a really good message but is almost ruined by the awful ending. Even my 11-year-old said it was the cringiest thing she's ever seen… But if that doesn't bother you then sit back and watch it with the kids and it will still put a smile on your face. 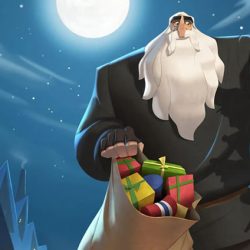