Good Morning Veronica is an intense, dark, and brilliant Brazilian crime show that follows police officer Veronica Torres as she finds herself embroiled in trying to solve two unrelated crimes.

Known also as Bom Dia, Verônica as the show set in Brazil, Good Morning Veronica is a very gritty and hard-hitting crime show that doesn't pull any punches. Forewarned – some scenes require quite a strong stomach but once you get past that, you're in for one heck of a story.

There's a lot to unpack over eight episodes so here goes. Veronica Torres (Tainá Müller) is a police officer in Sao Paulo. As she's not a detective, she simply clerks in the Homicide division. But one day a young rape victim commits suicide in front of her and she decides to get justice for the woman. She uncovers a scam where the perpetrator meets women on an app, goes on a date with them before drugging, raping, and robbing them. The problem is that only one other woman comes forward so finding him is difficult.

Veronica puts out a plea on tv and attracts the attention of a housewife called Janete. Janete (Camila Morgado) is the other half of the story. She is married to/lives with Claudio Brandao who is a sadistic, psychotic, manipulative, abusive piece of sh*t. Over the years he has emotionally and psychologically abused Janete to the point where she is a terrified and almost broken woman. Unfortunately for the viewer, we know how bad the situation is (strong stomach required) so when she reaches out to Veronica, there is some hope that Janete can be saved.

So now Veronica has two cases to pursue – the serial rapist and Claudio Brandao. The problem is that nobody else in the department seems to care about either. To make things worse, it looks like some detectives are actively working against her. And here lies another subplot. Why are they not interested? And who can she really trust to help her as events escalate and her own life is in danger?

Good Morning Veronica is simply brilliant. It's tricky to binge-watch as the material is dark and often violent. But the interweaving subplots are so intriguing that you will be glued to the end. Its portrayal of domestic abuse is so accurate that it's less about violence and more about insidious fear that oozes out of the tv and sends a chill down your spine.

The characters, the actors, the script, the plots, and subplots are all on point and completely believable. It's authenticity and intensity, something sorely lacking in American crime/detective shows, is the reason you will love it if you're a fan of the crime genre. Watch Good Morning Veronica with subtitles, not dubbing and you are in for a tv treat.

Update: Good Morning Veronica has been renewed for Season 2. Raphael Montes, the creator and writer of the show has said: “In the second season, Verô will face an even more cruel villain than Brandão”. eek! 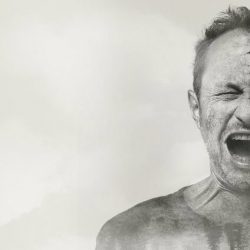