Marvel's ragtag mercenaries are back to save the universe again. Strap yourself in for non-stop action, excellent music and real laugh out loud moments. This rip-roaring sequel does everything that the first film did and much, much more.

Guardians of the Galaxy Vol.2 is the second film in the franchise. Based on the superhero team that first appeared in Marvel Comics in 1969. The first film was released in 2014, the tenth movie to come from the Marvel Universe.

Although there was an expectation for the movie to flop, it was a huge hit. The blend of excellent characters, brilliant humour and upbeat soundscore gave the film bags of charm and a completely fresh feel.

The real stroke of genius was bringing in James Gunn to direct and co-write. To say that his contribution was a triumph would be a huge understatement. Gunn's cinematic style was so fresh and suited to this form of film. He has since been involved with most Marvel films produced since.

Now, the biggest hurdle when making a sequel is to match the success of the first film. However, Guardians of the Galaxy Vol.2 does a great job. Yes, the audience is familiar with the characters. But Gunn is relentless in his delivery in this outing.

The film kicks off at an incredibly fast pace with heaps of music from the seventies and eighties. All of the original characters are back and just as good as ever. But there are heaps of new characters, that will keep the true comic book fans appetite fulfilled.

For me, the most appealing thing about this film is the focus on the characters. This is mostly a character-driven film. But it is the casting that has allowed this to come through perfectly. Chris Pratt is fantastic as Star-Lord, a genuinely funny guy who introduces a tragic side too.

The actors taking up the other lead roles are Bradley Cooper, Zoe Saldana, Dave Bautista and Vin Diesel. But it seems there is a big list of names wanting to play a part too, Sylvester Stallone and Kurt Russell have strong parts. However, the real standout and surprise performance came from Michael Rooker as Yondu Udonta and it looks like this is not the last we have seen of him.

It's fair to say, that everyone in this film had a great time making it. Just check out the heaps of outtakes that are available and it is pretty obvious. James Gunn clearly does a great job, pulling everyone together. But, the end result is real chemistry between the actors that comes through magically on screen.

As in the first film, the comedy is constant throughout. But if there was anything that I could say bad about the film. It would be that Vol.2 seems overly reliant on the comedy and charm, which seem to take priority to the plot.

Now even though I have just put the film down for having a weak storyline or plot. I have to say this really does not matter. Let's be fair this is a superhero story and the storyline should not be too heavily scrutinized. Even if you are not a fan of this type of film, you should give it a go. Because it is hugely entertaining on many levels – just heaps of fun, touching in places and genuinely very funny. 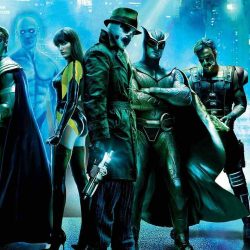