One of the craziest shows to come from SyFy, Happy! follows a disgraced former FBI agent, through his psychotic hitman life with his imaginary side-kick 'Happy'. It is as bonkers as it sounds. Dark, dark, dark comedy with gruesome undertones but is still surprisingly entertaining.

Nothing can strike fear into the heart quite as much as when the words ‘SyFy Original’ splash over the opening of a show. SyFy tends to fund shows that vary between dull and zany (the excellent space marauding show Dark Matter notwithstanding). Happy! fits very much in the ‘zany’ category and after the first episode, I had the creeping suspicion that I’d made a terrible mistake by tuning in.

Nick Sax is a disgraced former NYPD officer. Kicked out for, among many things, using ‘excessive force’ in the name of justice, he now spends his time wallowing in drink and drugs. Sax (Christopher Meloni) now picks up his paychecks by redirecting his skills into hitman work. But the kicker of the show is that, after an unfortunate heart attack incident, Sax (and only Sax) can see Happy, the imaginary friend of Hailey, a kidnapped little girl. Happy is a blue flying unicorn (voiced by Patton Oswalt) who begs Sax to find Hailey before it is too late.

That may sound a little silly, sure. But here’s a random assortment of other things that turn up in Happy!: a crack-addicted psychotic bad Santa; demonic possession; someone’s intestine ripped out after being impaled by a sports trophy; a gruesome microwave-based murder; a group therapy session for forgotten imaginary friends; and an insect-themed costume sex party.

Happy! is a show that throws a sticky mess of black comedy, grizzled action, horrific death, and random supernatural elements at the wall and lets them all slip-slide down into one intermingled puddle of…something.

Episode 1, I hate the show immediately. The wonky camera angles screaming for attention annoyed me. The kerrrrazy overacting irritated me. The convoluted plotting frustrated me. It was everything you expected a SyFy show to be and worse. I had no idea how I was going to sit through only 8 episodes of this stuff.

But something peculiar happened. Somewhere between Chinatown erupting into a ‘let’s kill Nick Sax’ party and meth Santa’s talking sock puppet hand, my brain switched into the show’s mentality and it all clicked into place.

Really the big draw here is Meloni as Sax. His angry and cynical persona gradually warms to Happy’s cartoony childish cheerfulness. The mission to rescue kidnapped children may be wrapped around various layers of extra plot nonsense but his performance is amusingly OTT. Damn, that man can act with his eyebrows! The ‘reluctant buddy’ angle is one the show does well and it has all the best laughs and wince-worthy fights. When he isn’t on the screen the show wobbles between five other genres and struggles because of it.

Ah yes, the side plots. Well, Meth Santa and kidnapped Hailey give rise to lots of Christmas themed horror stylings. Blue, a very weary but lethal mob boss, provides the gangster plot lines. His sister (mother to four sons murdered by Sax in episode one) is being followed around by a reality show film crew and so her sections are part satire, part plot thread tie-up. Sax’s former partner Meredith (Lili Mirojnick) is investigating the kidnappings but is also in the pocket of Blue, so she brings in the cop procedural element. Blue himself is under orders to deliver children by a mysterious figure, inexplicably dressed in a huge fly costume. This ups the ‘psycho’ quota a few more notches.

Happy!isn’t for everyone. It’s so in love with its own wackiness that it can’t bear to not use every idea that bubbles up. Which, simply dilutes the good stuff at its core. But if you are still watching after episode 2 then there is plenty here to entertain. As a result, we give it a tentative recommendation because, if nothing else, you won’t watch another show that’s anything like it. 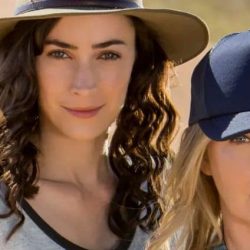 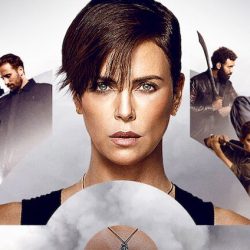 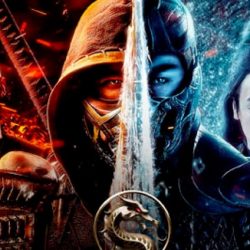